He’d heard it all before, the stories, the memories, all thrown out there for all to see. He didn't mind washing dirty laundry but, at times, having to look at all the other clothing could become tiring. He’d seen a small part of the world, looked at a thousand faces, seen the tears and walked through his own fears. 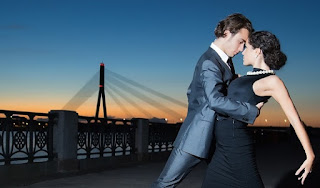 He’d broken down, at times, hands on the floor screaming at the top of his lungs, maddened by the crazy cruel world that often stalked his sanity. He didn't want a lot, wish for a lot, or even need anything more than what he had, but that wasn't why he was here.

The room ahead starting to appear into his view. He’d waited for this moment for quite a long time and, although he knew what to expect it was the people, the glorious people, that made it all worthwhile. He didn't have to say much, as long as he was smiling, enjoying the seconds, that allowed him to exist on the moments he found.

As his steps slowed, to a crawl, savouring the moment, he recalled the memory where he’d visited a dance floor all those years previous. They’d been the first to step forward, that awkward feeling embracing the both of them, but neither really cared. The thoughts brought a larger smile to his lips and even a very small chuckle.

There was another time where he’d tried to learn to dance. Not the usual night club drunken mess but real, actual, dancing. The grace, the way they’d all effortlessly moved, it opened his eyes. He didn't continue but the experience alone could never be forgotten.

Another moment, another time, flashed forward. He’d kissed a beautiful young woman, for the first time, after a few dances. Now those were special moments, the way she expressed herself on that night, the flirting, the silly conversations, all worthwhile, all remembered and hopefully never forgotten.

But, tonight, was a new opportunity. He didn’t expect much from this night, a few new moves being shown to all participants, his clean cut hair and smooth skin, ready to express his smile as his feet moved. He knew that life could be simple, if he wanted it to be, which was what tonight was about. Letting go, being free, having fun and, above all, finding someone, a kind person, to dance with.

Posted by Damian Jones at 15:30 No comments:

They came from nowhere, like a scourge of pestilence, destroying, tainting, taking everything without care or recourse. At first, we welcomed them, embraced them, but that soon gave way to the betrayal that we simply did not see. 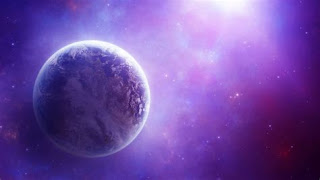 It was a day just like any other day, the sky burning bright, the air cleaner than the day before, with the animals all feeling alive. We’d heard that there were others, out there, amongst the stars, but ignored that as peace, above all, was what we desired. Exploration seemed a viable possibility, with sections of us willing to embrace such things, but for me, this singular solitary being, the flowers within my garden were of the most importance.

I’d learned, long ago, to embrace what my life brought towards me. I held others in my hand, taught them, guided them, removing the sparks of hatred and miss-understanding from within their souls. I was a healer, a bringer of light, a nexus to which many things flowed. I would say that I always felt the purity of things, the very essence of the world’s beating heart, but I also had doubt.

Doubt, those lingering hidden thoughts that we all ignore, the moments that seem to raise awareness of another life, another place, that eventually came to visit. As I mentioned, I'm a bringer of light but, maybe, all I could feel, from them, was the arrival of fire. Deep, deathly, all destroying fire. I extended my hand to them, learned from them, explored their language and quickly adapted. We explored this world, for them, with them, wishing them well but like that impetuous child, they threw everything back in our faces and took what they wanted.

We tried, we truly tried, but we were hardly able to stop a technologically advanced race. The savagery to which they brandished their will. Unknown. Lost to us by time. We watched as everything burned. Everything was taken. They didn't even leave us with our dignity as they stripped us of clothing, branded us, herded us, sectioned our lives into a small, albeit walled, prison of their making.

A few attempted to escape but, as it is written by my own hand, they were ripped apart by a flurry of small metal objects that they called bullets. We fell. We bled the blood that had not been spilt for a millennia. We were children of ages, you see, which they soon discovered. Our blood extended life, increased it a thousand fold, which led to the experiments, the suffering, the screams flooding into the same perfect sky.

Then they left. Faster than they’d arrived. We had fallen so far, so quickly, with most missing or no longer able to raise their heads. Understand, to them, we were weak, pathetic, mere insects to dissect and ridicule. I learnt their language, I understood their machines, I witnessed enough to start a fire within my very soul. The sparks, within me, took hold. Finally. The light bringer descended to a place that he never thought, that I never thought, I’d ever reach.

Slowly, quietly, I brought the remaining few of us together, holding each of us in turn, defining us, rallying us, forging a new purpose. We would re-build, but in a different fashion, a new path descending upon our lives. You see, to them, we were weak but that was due to letting go of our own pain, the suffering, the greed and pestilence infecting our lives. We were once a race of beings that also raged war across the galaxy, destroying, annihilating as we ventured forward. That was then, this would also be now. We would build. We would imagine terrifying destruction from the machines created from our own planet.

We once found peace, the single aim of any living creature, to love, but that love was trodden on. That love was taken from us as we witnessed our own Brothers and Sisters, our own blood, spill from our screams and agony. I write this story, to you, in your own language, as we are ready to rid the universe of every single last one you. There will be no mercy, no quarter given, as we peel the skin from your very bones, that we will break, with our very will. For each of us you removed we will extinguish a million of you. Hear me, witness me, understand me, when I say that there will be no place you can hide. Your very planet, after you are gone, will become our second home.

The Human Race could have spread peace but, instead, you took to replenish your own greed. That time is now over. We are coming and we will show you fear.

Posted by Damian Jones at 12:23 No comments: