The trees moved, across from his view, all the way over from where he was standing. Shielded, safe, behind the double glazed windows, he placed his hands onto the surface in front of him and gasped with trembling breath. It was his fault, he knew it, he even felt the truth, but that realisation didn’t bring forward solace or calm. Closing his eyes, for a few seconds as he searched for a way forward, he lowered his head to look at the paving stones outside. This was his mess, his situation, his problem to solve.

Throughout his life he’d managed to escape most of the daily consequences, of a soul that wished not to add weight to his life, but that was before this very day and moment. Wishful thinking, the very thought that he could deny his remorse, that he’d escape the conscience that seemingly wanted to constantly knock at the door of his mind. Battled, ailing thoughts, the door had to open at some point and he knew it. Turning, while sitting against the window ledge, he brushed his hand across his face in an effort to remove the negative energy that was pouring from him. He didn't really believe in that stuff, not at heart, yet it had stuck with him as he’d had doubts about it all. 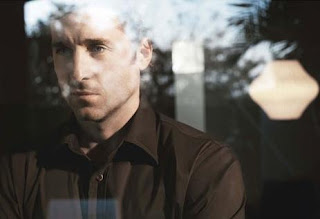 He smirked and laughed, possibly at himself, possibly at the situation, but the laughter brought him no escape. His mind flashed to the night before, the situation that he’d willingly let himself get into, or, should he say, the situation that he’d wanted to get himself into. Entangled, enticed, hardly, as he was his own man. He knew what he was doing, there was no escape and, being blatantly obvious he had no excuses. Like a kid in a candy store he dove straight in and fed until he nearly burst.

She’d arrive, soon, with the same smile that she’d always greeted him with. At the thought of seeing her, guilt flooded and glanced within him. A hundred thoughts all crashed together in his mind, flashes to the night before, the thought of seeing her cry tears. He’d always hated it when she cried. She’s start, trying to hold back, face obviously betraying her resolve, only to let forward genuine tears of hurt and seductive pain. He’d always stopped those tears, held her close, kissed her lips, brushed away the tears and the world would carry on. But this, this very thing that he’d done, was inexcusable.

Walking across to the other side of the room, he bounced ideas around in his mind. He could lie, he could simply erase the moments from his mind, he could be brave, he could face it like the man that he was supposed to be, or, he could just do nothing. The ever present battle of a mind split into two. Picking up the picture of the two of them together, he smiled, for the smallest of moments. At this point he dare not smile at the thought of them together. He knew that he didn't have the right to do so. No, never, not now. The fire between them, within his stomach, was fading, flickering, troubled beyond anything they’d faced together before. Together, the very word, suddenly filled him with fear. He didn't want them to end, he didn't want to be alone, but that was the issue. The selfish world of affection, love and feelings. Were they together through the fear of being alone, or did he really, really, have something.

Placing the picture, encased in its silver casing, back onto the desk he turned and headed back towards the window around the two large sofas. Confused, knowing what he really should do, denying that very singular thought, he approached the window to see a car, her car, slowly come to a stop and, after a few seconds, the door opened and at that moment, right at that second, he knew that he’d have to face it all.