Stepping from the plane, each foot finding solid ground, again, after many hours flying through the sky, I exhale and start the slow walk. It’s been hours, days, weeks, months and, unfortunately, a few years, since I last saw your beautiful face. We’d met, years previous, in an old French corner café. Melodic music played, across the street, we caught each other’s eye and the rest’s history. 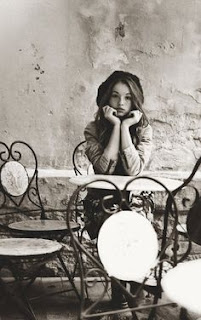 “Violins”, you’d stated, “Were your favourite instrument”, playing the perfect chord, amongst other thoughts expressed, on the day where we’d tried to impress each other with stories of life, love, loss and more. She had such beautiful eyes, not to mention her fabulous legs that seemed to be on show. Above all, no matter how she looked, it was her voice and words that grasped at my sanity.

They say that it only takes but a moment to feel connected, to share something more than a passing glance, which, in this case, seemed ever so true. We’d exchanged the usual contact details, connected through the digital age, Facebook, Twitter, Instagram, Whatsapp, plus a couple more. None of those mattered as they could hardly ever compare to actually being with her.

We’d walked, while talking, until we reached a beautiful garden, the Paris Gardens, if I recall. I was cheeky, in those days, brave, filled with such brawn and swagger, a man that knew what he wanted and would never be backwards in moving forwards. We held hands and, even, managed to sneak a small little kiss.

Reaching a flurry of roses, we’d closed eyes, feeling the rose petals against our fingertips and possibly soul. In the blink of an eye, the moment ended and we returned to our normal lives. Tragic, a sudden ending to a story that had hardly even begun. I’d often wonder what, where, how and if, if anything, what would have happened. Work, life, the requirements that trap you firmly to a certain point in time, kept us apart until now.

It’s strange, maybe even poetic, but I would often look through the few photos of that day, recalling, reminiscing, but the main photo was of the Café. Just the café. A place, a moment, minutes later, where we actually met. Sure, of course, I could see many photos on social media but I’ve longed to actually return to the place, to re-ignite that moment, firing off the usual stoic stance before the emotion takes over.

It’s not really about the past, or the future. I can always close my eyes, look back, feel, but that will never compare to living right there, in that second, the emotion in real time. If you’re not feeling, if you’re not aware that you’re alive, then a shallow existence awaits us all. I need to feel. I need to embrace. I, more than ever, realise that time is a luxury, afforded to each of us, until it ends and leaves us floating into the void.

Stepping from the plane, each heavy foot finding solid ground, again, after many hours flying through my mind, I smile and start the quickened walk. It’s been far too long, with too many days, even years, between this place and you. We’d met, years previous, in an old French corner café. Your melody escaped me after that day, where we’d caught each other’s imagination and, today, we’re going to create new moments of history.
Posted by Damian Jones at 02:55 No comments:

Each note, each tone, each solemn word, echoes through the room, into the hall, striking my senses with such comfort. I could sit here, alone, in this room, for hours and hours just listening. It’s not the words, it’s not really the thought of you, it’s the warmth in your voice that soothes me. Comforts me.  Your voice embraces me in ways that cannot be transcribed into words. A fairytale of life.

You could add a string quartet, a violin to pacify the soul, maybe even a brash harpsicle, but that simply wouldn't provide any further satisfaction. You’re a melody of thoughts, you’re a note within history, a musical symphony for my ever tired soul. 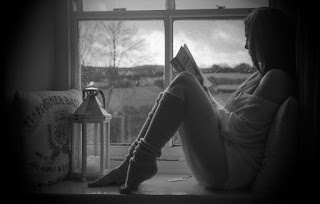 Entrancing, melodic, the whispers of words caressing my ears, trickling across my skin and into my heart. Strings, being played, a rhythm to raise the beating heart, flows into my world and I'm taken to a place I never thought I’d ever realise. If I knew that I wouldn't be caught, embarrassed, I’d possibly stand and move to your echo. Each word, I’d close my eyes, imagine, then feel until the song reached its end.

Suddenly, from nowhere, the words cease and my eyes open. Standing, placing the wine onto the table, I leave the room walking into the long corridor. Each footstep, ever closer, realising that each second in this world is precious, a melody that should be appreciated before the song ends.

I peer around the doorway, filling my eyes with the person that’s you. A smile escapes. A big, warm, caring smile. My eyes soften. You turn your head, ever so slightly, realising and, at the same time, recognising that I'm there. Shuffling musical paper, possibly manuscripts, finding the one that you need, the words flow from your heart once again.

I could fashion many thoughts, prescribe myself your words every single day, but one must not over indulge perfection. Your face lights the room as you sing, further moments etching themselves into my consciousness, ensuring that my affection always, always, reaches for you.

There are fairy tales, written by many, featured in sonnets across the entire globe, that fathom such tenderness, such emotion, yet not one compares to each moment with you. Listening to you. The words move the room and I, as I kiss your neck, feel each one of them.

Each note, each tone, each solemn word, echoes through the room, into my heart, soothing my senses with such comfort. I walk across the room, where I could stay, with you, for hours and hours just listening. It’s not the words, it’s not really the thought of you, it’s everything about you. Just you. Your presence makes me feel ways that cannot, will never ever, be transcribed into words. Fairy tales can, sometimes, come true.

Posted by Damian Jones at 05:20 No comments:

There’s tales of legend, of fearsome beasts, ghouls, goblins and Spectres that haunt and taunt until the night turns to darkness. The later days arrive and most of these vanish, evaporate, cease to exist and no longer hold power over us. We were children when these entities first appeared, the very few seconds, where fear gripped our insides and widened young eyes.

Those days, for most, have been replaced with real life spiders or nightmares of another kind. Fear has many names, features many facets, can arrive at any moment but hopefully, truly hopefully, doesn't stay for longer than necessary. 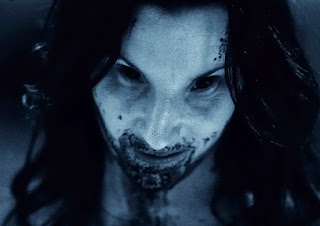 We’re built from many emotions, many moments, all stacked together using sticky tape, gum, kisses, harsh words and more. We've grown, we've escaped, but some are still held captive by their own minds. Just like the old black and white films of old, we know that we could run, vanish in the blink of the eye, but could never usually escape the darkness. Each film, eventually, featuring the star facing their demon and, mostly, winning.

With friends, family, the kind words of others and, above all else, our own mind understanding and comforting us through harsh times, we can help overcome great fear. Usually, in the great scheme, I've never been afraid of anything but, saying that, we’re all afraid of something and, eventually, it will catch up to us just like the movies above.

Some fears don’t feature an insane slasher, a grizzly gnashing crazed bear, or a loopy blood filled bunny. Some fears are of the mental kind and most certainly heart breaking. Fear. Despite the word being a seldom used collection of letters, the meaning, above all, does not have to be bleak or ignored. It’s something to strengthen a person, used to stand further into the sky, closer to a place where we can fly.

When you’re there, about to take a step into the unknown, you can either fear what happens next, or, the way I prefer, you can embrace the change and find adventure.  You can prod the fearsome beast’s throat, you could always laugh at the dragon, un-friend the ghoul, or even just invite the goblins and spectres for dinner (But not in the same room as that could get messy).

Fear is what you make of it or how you form from it. When we were children, finally realising that we exist in the world, we overcame great fear without even knowing it was there. You adapted, you joined in at times, or maybe you didn't, but that’s okay as we’re supposed to be individuals and adapt in differing ways.

Never, ever, let the fear into your open heart. Instead, run head first into the darn thing, capture it, embrace it, hold it, crush it and strive towards something better. After all, at the end of our lives, you might just smile and give in to the biggest fear of all.. leaving the world once and for all. At that point, above all, I’d rather remember all the fear that I conquered instead of remembering the moments where I stepped back. Have fear, have all of it as, when you smile, it’ll make you stronger than you've ever been before.


First post of 2017. I had great plans for this year but life, being such as it is, stepped in and had other plans.

Mum... I miss you and always will
xxxx
Posted by Damian Jones at 14:47 No comments: