The mist crept through the vineyard, possessing a life of its own, with a near endless quantity. Decrepit shards of masonry, strewn across the ground from the old building, littered themselves around the area of a once proud building. Gone, lost, no longer residing within the current world deft of life and charm. Destroyed. Vanquished. Banished from the world many years beforehand.

Stretching his arm, with an uneasy movement, crippled, decayed, near lifeless, he could feel the mist flow through him, on this night, bringing forward life and renewed vigour.  He could feel it, once again, his heart murmuring just under his exposed rib cage. It was his time, that time of year, where he once again had a moment.  Sure, the moments never lasted but minutes, but this was all he desired. There were thoughts of becoming free but, after centuries, such luxuries were pushed aside in favour of recovering as fast as possible. He’d made a promise and he would keep that promise. 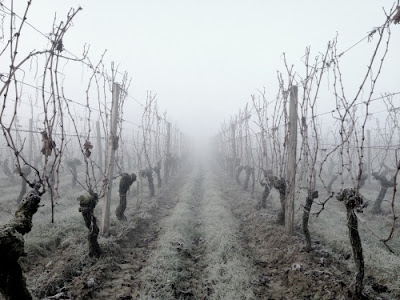 A fleeting image passed through his thoughts, that night, this night, where they were dragged from their beds. He could still hear her screaming as his body was pierced multiple times over. Again, then again, with the vendetta that left his last few seconds confused and longing to reach her. As he fell he could feel his spirit, some would say aura, leave his body retreating into the building behind where he fell. Then, darkness, the nothing, the prison of silence and despair.

The first time he returned, the year after, he could barely summon enough energy to stand let alone walk. He’d forgotten, hardly cared, as reaching her was his only vision. He was now striding across through the grass and, as he raised his arm, he could feel the skin slowly returning to his arm and fingers. He was nearly whole, as whole as a person could be in his circumstances, but although he was reaching a new place he reminded himself that time was scarce.

Running over the brow he caught sight of her. As his eyes focused, his heart skipped, nearly stopped, again, but he kept on running. She had formed, was one, looking across to him. As he neared, his pace slowed and, with an outstretched arm, his fingers met hers and they embraced. No thoughts, no pain, ignoring the suffering, her lips met his and his renewed spirit started to glow. “I made you a promise that no matter what happened, even if I died, that I would never, ever, leave you!” he said with tears flowing from his eyes.

A single, solitary, solemn angst filled tear fell from an eye and moved across her lips as she looked up at him, “I knew. I knew that you’d come for me!  They hurt me…”

He placed a finger to her lips, silencing the pain, the agony, “No more. No-one will ever hurt you again!”

As they renewed their embrace, emotions flowing through them, he felt his skin vanish and, as he looked into her eyes, knowing that their bodies were vanishing in front of them, they both smiled. As their bones fell he could feel his spirit, finally, together with hers and, as they both flickered, they knew that had beaten the people that had damned them to be apart.

After all, he damn well knew that a man’s promise should always, always, be upheld with honour no matter the centuries.

Happy Halloween.
Posted by Damian Jones at 12:18 No comments:

I recall the hours, filled with the seconds of you, exciting, inspiring, including smiles and those looks between us. We were flying high, right up there in the sky, never wanting to fall or to come down. I used to hold you, never ever scolding you, as we were both free spirits combined into one.  There were even words spoken, of love, of being together forever, but like many real life fairy tales the dreams came true but they couldn't, wouldn't, ever last. 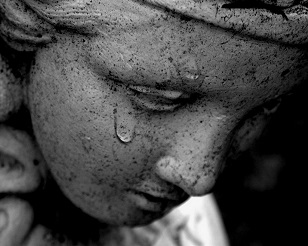 Instead, in the wake of the events that followed, I instead become truly a person of one. Me, I, just the singular, realising that the love I show myself is the most magical aspect of life for a person to understand. We’re all alone, even when surrounded by people, trapped within, realising each and every sin, we commit to ourselves and others.

Life might forgive me, may forget us, but the heart still beats, it still recalls, still imagines a new place. Wherever you are, whatever you’re doing, I still miss you, I always will, even if I share my bed with another, share my kisses with a few, you’re still there amongst the thoughts smiling as you did.

I’ll never forget you. Ever.

P.s. Standard disclaimer to the people that know me: No hidden meaning here. Just listening to a song and writing!
Posted by Damian Jones at 06:07 No comments: