Nothing has changed, in the great scheme of things, other than finding new and exciting ways of distracting us from life. We realise, on our last day, that we've missed so very, very much. We still have our overlords, our pretend saviours that rule with rules and fines while they, themselves, escape perusal and persecution.

It is fine, it’s okay, it doesn't matter, as we’re warm in our beds and safe as protected hearts. It doesn't seem to be a realistic scenario, the thought of working, paying, until the end of our time, despite there being renewable energy right in front of our eyes. It’s not supposed to get easier, as we’re controlled, withheld, a step back from where we really could be. 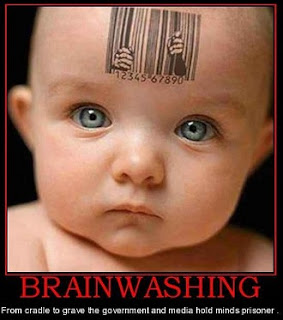 In an ideal world each of our saviours, the educated, trained, saviours that rule over our thoughts and actions, would be taken to a room and fired. Each one. Asked to leave. It’s obvious, it’s right in front of your eyes, that there’s still a class system at work in our very society. We’re constantly told that we’re all special, the same, no matter the colour, height, stance or creed, yet mock anyone or anything that’s even slightly different than ourselves. It’s a taught trait, it’s passed from generation to generation and, no matter the tolerance, will still end with a 10 year old being offered a cigarette at the back of a playground.

This is life, this might be your life, it’s my life, but only together can we stop the greed and consumption. We’re still fixated on printing, with paper, despite there being a wealth of technical diversions. We’re now pacified. Each level, no matter the media, we’re fed images of what and how we’re supposed to look, how we’re to feel, yet the undertone of fear and hostility, with a spoon full of hatred for others, is played like the finest clarinet to fill our ears.

Ideally I resist, normally I ignore, but the further the years advance I'm becoming more and more baffled by the way things still remain the same. Fraud, at the highest level, is part of the normal working day. It’s madness, it’s shameful but, if I were there, what would I do?  I’d like to believe that I’d be better, that I’d do what’s right, but until we’re sitting on that chair, on top of the mountain, looking down, we have no idea what poison may manage to quickly seduce our minds. Maybe the first step would be to stop looking down… .

Each day we’re lucky, actually lucky, not to be assaulted, robbed, or worse. That, however, is outside in the real world. Inside our homes we’re legally threatened, charged excessive amounts, forced to buy TV licences and even pay for basics such as water.  The Basically Biased Crooks place agendas In front of our eyes and the mainstream media promote diversion and segregation. It’s shockingly obvious, it’s painfully puerile, but it keeps all of us in line.

One day, maybe one day, we’ll be allowed to wake up and actually have faith in people that seemingly control our lives.
Posted by Damian Jones at 04:04