Justin sat, perfectly still, just by the window feeling serene and weightless. His breathing, faltering, eventually descending his heart rate to a calm place. Relaxing, testing his mind for the worries of the world as he slowly breathed in through his nose, then out of his mouth. Lungs, the strong lungs that often helped with moments such as this, aided him with the task at hand. 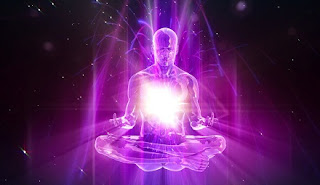 He’d needed answers, the questions arriving thick and fast, unable to turn the hands of time towards the left of his life. He would turn them back, possibly, but not for the reasons the people he knew would expect. He’d erase, rectify, remove a few moments to reach the calm at an accelerated pace. He had no time, no real reason, to where he’d been for the last few months. The cliff, that mighty cliff, welcomed him and despite falling from the edge, he’d held and managed to climb back to the top. He had a parachute, as we all did, but that wouldn't be enough for someone such as himself.

He preferred the difficult path, the experience being one of grandeur, tears, faltering at moments, wanting rescue at others, with the end always within sight. Even if he had to bleed, he’d do so. The toughest people are the ones that are tested, destroyed, again and again, yet never actually reaching the very edge of the precipice of no return. Scratching, clawing, surviving, knowing that nothing, absolutely nothing, is far too much to destroy a person.

Feeling the world around him fade, calming his mind, he felt the walls start to move and at once he cast aside the thoughts that wanted to invade his space. The evil of the world, the thoughts meant to wreak havoc, scratching at his defences and soul. It was too late for those thoughts, the moments of idiocy, as he’d forgiven, forgotten, cast aside his demons and knew that there was only one path to follow. The void.

He’d heard about such a place, in writings, stories, moments when alone and more. He knew that he was surrounded by such a place. A room, a room full of furniture and people, was still so empty depending on the emotion. The mood. The people. Emotions flowed through each of us, all of us, into everything and everyone. Manipulating, expressing, controlling and simply changing us.

His mild cleared as he neared the dark room, that place he’d reached a few times and savoured. He felt his heart rate evaporate into the still sounds of nothing. One last beat, one more moment of being grounded, as he felt his mind finally let go of the world. Energised, the clarity of the void’s entrance, within his grasp. He could go anywhere, know the answers to so many questions, but all within reason. The void seldom asked for much, a simple question, a soul to visit, or anything else of worth. It cast aside the selfish incarnations, if they managed to reach such a place, as the mind of a normal person simply wished for answers. To explore. To feel, to escape, to hopefully manage to connect to another soul of worth.

He knew that darkness existed, out there, within the souls and minds of a million others, with the weight quickly being felt and defences raised. Most people didn't even realise the depths of their own darkness, their own quiet voice whispering descent into the ears of each person. The evil of the single, solitary individual, kept behind a prison of blood, tissue, bone and skin. He dare not envision contacting any such person such as that. He, instead, simply wished for something else. Something new. Something that he knew existed for the longest time.

Pressing his energy against the textured wall in front of his mind, gently at first, with increasing force moving the front of his forehead to generate heat. He relaxed a little more, closing his eyes that bit tighter. Letting his mind split into a million tiny fragments. His mind reached the other side, the image indescribable to such a frail being within the universe, as he glanced back to see his body slump forward. He smiled, his energy glowing all around every single essence of his being.
Floating forward he looked around, if he could now call such a thing, ‘looking.’ Others approached him, the colours vibrant beyond his previous imagination.

Finally, after such a life of struggle and suffering, he’d learned so much and used the most powerful muscle ever made. His mind, his spirit, all existing within the one space… his body. He, at last, had ascended to another world. Another existence. Beyond life, death, suffering or the earthly realm. He was finally, after all this time, free.