Taking one little step forward, being brave, being the mighty person that I should be, I then take two steps back. Sure, of course I admit it, that I can be brave. Today, tomorrow, the very next day and beyond, but this is something different. I could fight off a pack of hungry wolves until my dying breath, climb from a broken car destroyed in a horrific crash with no thought for my own safety, but this require more. Something. Something else. 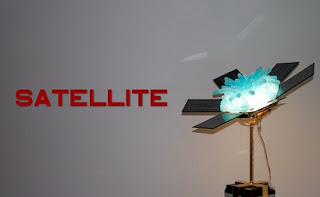 I've seen you, been near you, even spoken with you, but there’s just that little extra bit that I haven’t done. There might be more than a million English words, within the worlds we endure, but the few to create the many are yet to be found. I might stutter, feeling my heart flutter, but I'm truly stuck within the gutter of my very own dream.

I can see the future, learning from the past, but that would be wrong as the moment is now and nothing else matters. I know this. I feel this. I even tell others the same story, that we’ve heard those millions of times, using the many words within that very same number. I could run, I could escape, but instead I just need to do what I need to do.

It’s a crazy notion, that singular motion, to open my lips to speak. I'm hardly a delicate person, although I often exhibit an amount of finesse, so I wouldn't ever want to throw a brick into the softest of moments. I'm that failure within the second. We've all been there. What we should have said. What we could have said. Chastising ourselves while cursing the many fruitful words within that mentioned vocabulary.

I know what I need, I know everything that I should say, but it’s not the right time or moment. Silence is not actually golden. It’s horrible, it’s a curse, that many believe to be the splendour of control. We do say too much, too little, not enough, while pretending to be all that we’d wish to be.

I look to the floor, noticing those two steps increasing the world between the two of us. My body screams as it most certainly knows what it wants, what it needs as well as desires and craves. My mind grasps at stability, the quiet, the wonderful balance within all things and, that heart, that wonderful heart of mine, cries to find a home. It could live anywhere but that’s the crutch of our very soul. The four all sated, the mind, the soul, the heart and the body. All mixed together in the concoction called humanity.

I'm spinning around you, gasping for breath, my heart beating like that crazy young fool that I’d forgotten about. It’s so easy to feel, to explore, but what do you do when you’re not willing to place one foot in front of the other. That spinning, the trajectory of things, all wanting to simply come together, forever, for maybe longer than that.

I'm that satellite. I'm the one that has seen so very, very much. I've cried, longed, escaped, lost, lived, explored, broken myself, found myself, thrown myself away and returned to fix it all again. I'm spinning around you, flying at a speed of 17,000 miles per hour, with no way to stop. I'm sending the signals, asking for you to receive, but maybe we’re on different channels, scrambled or worse. Maybe, just maybe, I need to escape this orbit and simply, easily, just come back down to earth.

After all, no matter what is received, a satellite lives to provide and that’s all I've ever wished for.