At the beginning of the universe, as we have come to realise, there existed the Angels. They were described as being the most benevolent beings that ever existed. We know this, due to the stoic tablets that were found in the year twenty twenty-four. 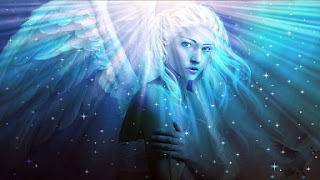 They stood upon the very clouds above, majestically, fondly, watching the first moments of life appear upon our very planet. They’d already witnessed the growth of a billion stars, a hundred galaxies and more. Their joy, their glowing light, providing the splendorous growth to which we now fully understand.

They watched, they found our world foundering, faltering, failing to progress due to the missing element of souls. For everything, a balance. For all of us, a time. With each planet they had visited, they’d witnessed the emergence of intelligence along with the fascination to adapt and grow. Upon our world, they waited patiently. A thousand years, which was but the blinking of an eye. A second, lasting an eon. Their joy, their delight, outweighing such human notions of impatience or boredom. Such emotions, such words, were human in nature and thus did not even exist.

The Angels, flying with their wings, wished for our world to flourish, to become an abundance of prosperity, despite knowing that such an event may never take place. Michael, Gabriel, Raphael and Abaddon, sat upon the mightiest mountain conversing on how to fulfil this world’s intentions. All of them agreed, each of them accepting the same chose, apart from Abaddon. He, apart than the others, simply did not wish to abandon his life. He procrastinated, presenting many, many questions, until he accepted his fate.

Each Angel, each in turn, turned themselves into millions of precious atoms. Their lives, their intentions, seeding the world with their majesty and awareness. Humanity was formed. The human race appeared from the darkness, to embrace the light. From the very essence of each Angel, we were created to fulfil this planet’s majesty. We were to become the light.

Upon the day the Angels gave themselves, Abaddon held his anger within. His heart, tainted at having to extinguish his own soul, poisoned the human race with an ego, with the many segregated lines of life. Each new soul, trapped within a shell defined by external sources. Manipulated, tainted, but bestowed with the capacity to overcome such jaded views and understandings.

The professor closed the New Genesis book, partially ending the lesson for each of the interested individuals in front of him. He smiled, his entire life being lived with certain notions, with the understanding of events being broken, once the world understood humanities gifts. He walked from behind the table, to sit against the front edge, as he addressed all of them with his final words of the day.

“We all have the capacity to be an Angel and, when you really think about it, you cannot deny that statement. On the day of your birth, your parents looked at you in such a way that you could never, ever, be anything but an Angel.  This was what was intended for each of us. We can shine. We can virtually fly. We are not defined by the learned traits of our parents as we can change and adapt. We can seek understanding, within the closed environments of our world. We can become far more. It’s only the learned hatred and greed that taints our chances to do just that, to become real life Angels!”