The Master watched the students, reflecting, concentrating, deciding which lesson to teach them next. The silence surrounded him, with the pristine perfection of silent breathing calming each of them, as well as embracing their love for each other. They would become the future, the present being the very moment within his mind, as he taught them as much of his life’s wisdom. He was their catalyst to understanding, the appreciation, the worth of thoughts to each of them. 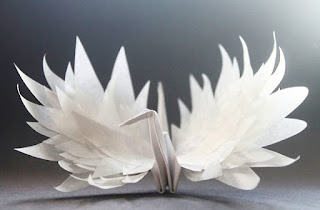 He knew that they would never become the same creature, as the standard life intended. They’d be soul based individuals, seeking knowledge and clarity from whatever or wherever they managed to be. Born, created, to flow through the world as one, as they witnessed the cruelty and brutality of the world. He unfolded his legs, standing, to open the drawer a few metres behind him. The twenty students, all calm, still reflecting upon their given task of removing all thought from within, remained silent.

From the drawer the Master produced twenty-one sheets of crisp, clean paper.

“Students,” he commanded, as each of them opened their eyes to address their attention towards him, “I have paper for each of you as we’re to learn a new lesson!”

The Master, returning to the same mat, sat down and folded his legs. Relaxing, focusing, he selected the top sheet of paper. With poise, as well as certainty, he removed a pen from his shirt and started to write a selection of words that appeared within his mind. He had seen so many events, during his life, despite his pious understanding and beliefs. He had heard words of pure hatred, as well as violence, that surrounded the world outside of the sanctuary. Each of the moments stayed with him.

“You can see,” he explained, “that I have written words that express negative values or learned exposure to the outside world. I can never be perfect. I can fail, falter and fall. As long as we are aware of such moments, we can become something more than our thoughts!”

He could see the enthusiasm increase upon their young faces. Eager to learn, needing enlightenment, with each of them yearning to understand the world beyond the high, sweet, sweet walls. They watched as he folded the paper, over and over again, with edges poking forward as well as to the sides and in all directions until, finally, the Master presented them with a folded impression of a bird like Crane. They smiled, the wonder lighting their small faces, as each of them suddenly wished to learn such a hidden skill.

“There are many forms that a page can create. There are many moments that will form your memories. Just like this page upon my words reside, I can take the pain, the negative aspects of my thoughts, to fold them into a new understanding. A new beauty. Words upon your mind’s page, can be sculptured, shaped, reformed into a delight of wonder.”

He looked at each of them in turn, wishing for his understanding and lesson to settle upon their minds for further understanding.

“Your anger, fear, doubt and pain can be understood, even appreciated, to make your mind stronger, healthier, as you overcome all of your own obstacles. You can then create a new person within you that understands your life as well as another’s life. You can fold your words together and create magic!”

The students looked at each other, their mouths open in wonder and belief in their master’s words. The Master smiled, nodding towards his Student’s appreciation for such a simple notion of thinking. It was a time of fun, of learning, for each of them. They would all write their own fears and doubts upon the page, as he once again stood to hand each of them a page of clear paper. They would learn, they would understand as each of them were taught the art of Origami.