Twisting the cork, her fingers grasping the bottle as hard as possible, she winced, knowing exactly what would happen. The bottle brought forward a loud pop, the cork flying across the room as the Prosecco flew out from the bottle. Shrieking like a crazy person, she moved forward and poured the liquid into the two glasses, trying not to splash everything and everywhere. 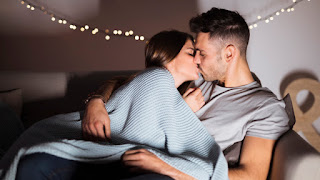 Happy with the devastation, she stood upright, bottle to her side, nodding her head. “At least I didn’t get it everywhere!”  He laughed, a genuine laugh, greatly amused by the events unfolding in front of him. She was, in his eyes, his everything. She wasn’t perfect, to which he also alluded to his own person. Neither of them was supposed to be such a thing. Neither perfect, neither always wrong, but both perfectly right for each other.

If he could do all of this again, he wouldn’t, as he might miss the adventures of tomorrow, or the next day. He had the memories, the moments, the first kiss of many kisses and more. She moved her hair away from her eyes, placing the hair behind her ears. He leant forward, collecting his newly furbished wine glass. Sipping, gently, he simply looked up into her beautifully suggestive eyes. He’d always insisted that they called to him, from the very first day they’d met. The darkness within, being shielded by a smile that could melt the most stoic heart.

She looked at him, sitting there, with his gloriously presented jaw line, amongst the other facets that kept her awake that little bit longer at night. She’d gotten used to spending her nights alone, in her cold bed. Then, for some odd reason, he’d arrived. Through the chaotic mess of stability that she called her life, happy to be single, happy to ignore her own heart, he was there.

She’d tried all of her usual tricks. The past histories of events. The men, the few that managed to attract her heart, leaving, being held, allowed to let go. She’d played the games, the victim, the innocent, the avenging force or the survivor. None of that worked. He’d seen through all of it and, for some reason, pushed all of that aside, then carried her to his bed to hold her close. Her rubbish, her trash of events, meaningless to him. Her nights of crying or days of screaming at the world, all but the view from a rear-view mirror.

She collected her solitary glass from the table, also sipping the wine, as her mind sang the cacophony of words that seemed to betray her calm. She had her moments, that inner doubt, that seemed to creep from within. She couldn’t help herself. She wasn’t nasty, as she kept a moderate amount of calm, but still had to engage her demons.

“Why are you with me?” she asked, stepping over the small glass table, to straddle him on the sofa. She placed the wine glass back onto the table behind her, leaning back, to return her eyes to his. She smiled, the vulnerability starting to show ever so slightly.

He listened to her words, knowing exactly what was happening, despite being asked the same question numerous times over the last few weeks. He didn’t wish to re-iterate such things, but explanations were required and that was exactly what he would provide. He also didn’t wish to play games, to push aside emotions, feelings, or the traditions that were played within each and every relationship, despite wishing for life to proceed.

He kissed her, with a small kiss, a quick kiss, that still expressed meaning, before answering, “I could use a thousand different words. I could say that you have a beautiful smile, or that the things you say make me laugh, or that you have a backside that I just want to grab.  When all of that is said and done, I look at you, or I hear you… and I just don’t want to be anywhere else. It’s as simple as that. Anything else is pointless.”

She smiled, moving forward to kiss him in return for his answer. He returned her smile, as he wrapped his arms around her, moving the both of them from the sofa. Scooping her up, holding her tight against his chest, she moved her legs around him and felt his warmth.

She placed her head to the side of his, as he walked towards the stairs. He knew that he had one thing to do, with that one thing being to love the woman that he was with. Within that, he had to withstand the storms of life, to be all that he could be, as well as understand that within her, from a lifetime of events, existed a chaos unlike any other. He accepted his task with a smile. After all, the best loves could often arrive from the ever-expressive lives of the colourfully chaotic.