Over the last twenty-nine days, we’ve experienced joy, wonder, excitement, fun and far, far more. We’ve had smile filled adventures, mildly planned for the future, and expressed so much to each other. It’s been wild, silly, filled with laughter and the wonder of two people that really, really do like each other. 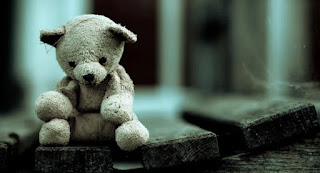 On the thirtieth day, I did something wrong. Nothing that bad, nothing to annoy the neighbours, scare the dogs or wake the dead. It was an event, a moment, that could have been overlooked or, even, discussed and worked upon. For every eventuality, there’s options, solutions and forward paths.

Upon that day, your mind started to play the usual games. The devaluation. The worry. The thoughts forming scenarios within your mind. It won’t work, it’s never going to happen, it’s over and now, just now, you’re looking for a way out. It matters not that the same circular scenario has played out again and again in our lives, as we often don’t realise that ‘we’re’ also the one with the issue(s), repeating and playing around within our minds. I know, as I’ve been there and resolved. It is a never-ending journey of realisation and healing. We all have issues and, if we’re aware, we can resolve them.

It escalates within you; it then escalates around you. Growing. Placing roots, despite your other thoughts trying to move the ship away from the storm bashed rocks. This shouldn’t be a shipwreck. You distance yourself, hurting the other person on purpose, asking them to bridge the gap that they, often, don’t even realise exists.  This wouldn’t be a total loss if, maybe, upon a sun filled day, we evaluated and communicated our fears and follies.

Instead, we ruminate, procrastinate, devaluate and cast aside something or someone that offers us such affection, that the angels themselves shake their heads in disbelief. I’ve been here, there, on both sides, so I’m no angel. I understand or, at least, I do once I’m far, far over on the other side. It’s now, as well as forever, too late. You’ve become nasty, the spite filled words affording the other person confusion, as they retreat within themselves.

Upon the thirtieth day, we seemingly forget the previous twenty-nine days. We disavow the moments, the kisses, the sordid promises made within the darkness of emotion, choosing, instead, to escape to the green grass of freedom. Selected solitary confinement, chosen away from the wilds of being cared for. Such an easy decision, for a society filled with vapid options. We then quickly embrace another, to escape the hollow feeling, the odd behavioural nature of a child trapped within. We cast aside the person that loves us, to be with another to fulfil our selfish pain and suffering. The scales, however, never balance upon such an action. What once was, no longer required to fill the never-ending void of empty feelings. The discarded person, perpetually looking for rescue, with no sea faring vessel within view, struggles. The arms of another not being an option, to such a crippled individual. The only option, being learning and development. The leaving party, resolves themselves to simply having fun until the ramifications appear within their emotions. Still, as mentioned, too late for a reprieve, as we have to first become 'better' versions of ourselves.

Eventually, one day within another range of thirty, we look back upon what we could have had. We look back to see what we let go of. It’s too late. It’s done. Despite the twenty-nine days of wealth, prosperity, abundance and gratitude for wishes fulfilled, we allow our insecurities and past traumas to rule our worlds. It is a shame, it is a baseless wish, for people to fix and fulfil themselves before destroying another. We seldom embrace the fixing of oneself, until we ourselves, are abandoned. The abandoner remains to commit the same mistakes, as well as sins, again and again whilst pointing the finger to others. The selfish nature of a trapped child revolving around and around. However, there should be no blame in a game that involves two. Or maybe, even three.

Our egos cannot ‘possibly’ commit a wrong upon another, when that same said ego believes that we are the wronged. We believe that we simply cannot find the correct person to love us, yet, right in front of us, stands a person that would build a veritable castle upon the words of our name. It is the way of the world. It is natural, the nature of things, with the circus performing the same dance again and again. We are all broken and yet, once cast aside, we grasp the eventual opportunity to gather wealth to our knowledge. It is unfortunate, that another has the moment to hold a better version, instead of becoming better for the person we once wished to love. We are unknowing, until we’re forced to know. We are without, until we reach within.

(So many people having relationship issues, or splitting, lately!)