As I sit here, within my comfort, my ease filled life, I sometimes wonder what things could be like within this world of ours. I cannot complain, I should never complain, as I've been fortunate to have been born into a body of health and, despite nearly passing away once born, I'm still here. I smile at most things. I'm a smiler. Truly. As a child it was noted that I was always smiling, despite various tensions at home, to which I will never impart, which has seemingly stuck until this very day. 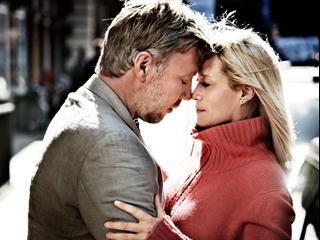 Sure, of course, ask me twice if you wish, but I'm not always smiling. Lips can move, lips can tell, lips can even lie the lines of black darkness within all of us, but what’s inside can often be different. To me, if I were to imagine a perfect world, it would be a world filled with people that never see anything but warmth.

I’d rid the world of lines, borders, colours, miss justice, wealth and power. We’d dance like crazy fools. We’d love like the world was about to end and, possibly, it might feel just that way once we’d finished. We’d pay little attention to what visceral mood we’re in and instead base our knowledge on proven fact instead of fiction.

Instead, our world, is filled with marginal gains and line graph pains. We’re a statistic in our own lives and, possibly, expendable to reach the next line in a never ending life of such lines. It’s madness, crazy sickening, chilling, offensive madness that most of us see as the norm. It’s not, it never was supposed to be this way. We’re free yet….

We’re trapped. We could leap before we look but, as is the case, we’re constrained to the lives we've been brought into by our parents and society as a whole. It’s nice to imagine that we could throw away our shackles but I, me, we, live within a glass house of our own making and, basically, others hold the stone.

I want to escape, to travel, to explore and to experience. I want to feel grass beneath my feet, grass to which only a handful have ever seen let alone travelled through. My soul wishes to climb the highest mountain and to taste the loftiest dreams but, again, I'm here. I often escape, in person, in my dreams, or via my wandering soul.

The world was made perfect, balanced, serene, almost as a perfect picture yet we’re changing the view with our own blend of paint. We could renew, we could research, we could live and laugh a lot longer but that’s in the hands of wealthier people than you or I. This life isn't easy, the world isn't perfect and, when we realise, that’s all down to one single word: People.

I'm never going to remove myself from that group. Never. I'm to blame. Me. Not you. Me. I make all my own choices, the decisions that shape my world, so that’s why I try my utmost best to be nice to every single person I meet. It’s the little things that make the world a better place. It’s the small things that magnify into colossal misunderstandings.

As I sit here, typing away, doing my thing, I remind myself that I make mistakes. But, as I think of those mistakes, I’m reminded that my life can be removed from this world with ease. I'm thinking of all the lives, taken from this world, over the last few weeks, to which the media has adjusted and informed with its own image. It’s not just Paris, it’s everywhere, the absolute stupidity of humanity. It’s disgusting, revolting, pathetic and, above all, instigating hatred and evil within our lives. 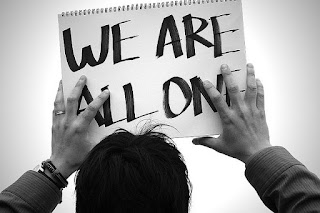 In Ireland, this week, gay marriage is now legal. In the U.K. a woman was arrested for not allowing Muslims into her Salon. Madness. In one hand we’re informed that we have freedom of speech, yet are arrested when we do so, even if the message was right (or wrong), while a group of people can confirm if two people that love each other can marry.

This is not the world I want. This is not the world we need. We’re being controlled by media, we’re being guided by hate and, despite rational minds trying to state otherwise, the general public will believe ANYTHING that it’s told. Examples range from individuals thinking that they’re more advanced because they swear, to an old Wives tale that’s completely wrong, our lives are filled with miss-information.

I WANT a better world.