I've been told, informed, spoken to, of certain aspects spoken of, with regards to being whatever you want to be. You can be this, you can be that, but above all, you’re free to achieve whatever you like. Sure, of course, the ideals of many form the thoughts of more than a few but, when this is said and often done, the realisation of reality steps in.

You’re original, one of a kind, but stand over there in a line, the never ending standstill of life. Again, let’s repeat what’s been said. You can be, you might just be, whatever you would like to be. But, life, every breath, can seem like a fight. If you break, do you believe that your aid will find you in time? We’re restricted, confined, constrained, strangled and put into place. 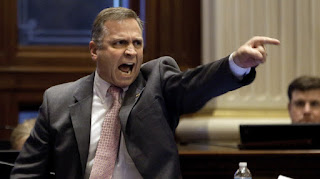 Each day, via media, be it the internet, television, music, the newspaper or even friends, we’re informed on how to live our lives. It sounds silly, even a bit odd, but using a spoon instead of a fork can be looked upon with such odd scorn that it’s eye opening. Heaven forbid that we eat food that’s not meant to be eaten early in the morning. We’re constrained, our ideals formed, castrated from birth to conform. Stay in line, don’t dare to think thoughts that are against the established.

With one foot on the ground, resting on one knee, I'm pushing forward, to stand as the person that I want to be. I do not want to be told how to act, to be, thus I ignore the established regime. We’re so caught with distracting ideals that we’re missing what’s really happening. Each day we’re being lied to, from nearly every single angle of our lives.

The established, the existing, for me, just isn't working. We’re tainted from youth, taught the same ideals that instil illness from within. Colour lines, map lines, divisions, segregation, it’s all still here. We’re a global people, humanity made real, existing and all together but kept so far apart with ease.

We strive to be different, to be that special people or person that we've been told about from birth. We can achieve, we can be that star let alone fly high into the moonlight, we exist to become more.  It’s not real. We’re either all special, all worthwhile, all able to achieve, or we’re all no better than each other. We’re insects following the defined lines of a lie, constrained, or we’re truly individuals that can shine once the covers have been removed from our very own eyes.

I'm alive, intend to stay that way, in body, mind and soul. You can see the people, the suffering few, with their light dimmed from the corner of their eyes. It’s tragic, it’s truly sad, that so many may never experience the freedom of life. We live in bricked boxes and have iron bars around our own souls.

For each of us, every single individual, I wish for freedom, to truly escape the day to day, but it’s defined. Your child will form their own idealistic integrity, their own thoughts, yet the chances are that they’ll just become another clone. Do we want that? Do we not wish for more? We’ve probably, in this point in our lives, failed, yet each new generation learns racism, sexism, intolerance, illiteracy and blind beliefs. It still exists. It’s all still there and that, alone, baffles me more than many other aspects of life.

I've been told, informed, spoken to, of certain aspects spoken of, with regards to being whatever you want to be. You can be this, you can be that, but above all, you’re free to achieve whatever you like. Sure, of course, the ideals of many form the thoughts of more than a few but, when this is said and often done, the realisation of reality steps in. The reality is that we’re set to extend the sins of our past onto the platform that creates the future.

These thoughts are, above all, truly sad.
Posted by Damian Jones at 03:55