I hear the words, vicious, undeniably cruel, maybe even evil, but sure of intention. The scolding words form sentences, designed, created with such clarity that if the devil were a poet his voice would be the voice I currently hear. I know that I'm less than perfect, as perfection is something that may not even exist, but these moments need not appear. 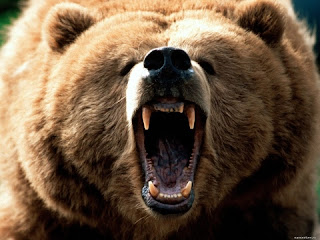 I wouldn't call this person, the speaker of less than soothing words, a friend, an enemy, an acquaintance, as there’s more to it than that, but if I could, if I even should, I’d silence the voice for good. Whispers, misdemeanours, the cause of consequences, the words still keep on appearing.
My fate, resting in my own hands, seldom defined but often regretted, forms the shape that ultimately creates my heart. I've stated, beforehand, that I'm less than perfect, but I do try. I often define a better outcome, see the sunshine for what it’s worth, but when I realise that I'm being judged it adds weight to my life.

People can be cruel, people can be outright dangerous, to each other and themselves, but none more than your own inner-voice. We scold, we taunt, we seldom survive such personal onslaughts. We know the buttons to press and the ropes to pull. Castrate your own voice. Silence the wealth of health that can save. Rest into the cushions that provide security, safety, away from actually being more than we really should be.

A safety net, the supposed caring caressing voice that defines us, keeps us safe, also never lets us reach any kind of height. To be free, to overcome, to fly into the bright blue sky, requires a monumental moment of clarity. Of silence. Freedom of choice. The removal of the ever nagging, petulant, cruel voice that hinders all progression.

I no longer wish to hear the voice, the stupidly obnoxious, obscenely vacuous, never ending voice that goads and scolds like a wicked step Mother.  I'm free, always, right now, forever and a day.
Posted by Damian Jones at 01:50