Tapping the pen against the table, she suddenly realised that she’d drifted into a daze. The pen stopped and as she placed it to her side, she glanced at the computer screen, taking in the various notifications, only to see no update that warranted her attention. Looking up and over the screen, across the room, she noticed the time then quickly returned her gaze to the bottom right to where the computer also displayed the time. She had no real idea as to why she did that but, as usual, it’s what she’d always done.

Leaning back into her chair she placed her hands onto her legs and, with her fingers, gently moved across her skin checking to make sure that she’d thoroughly shaved them. Smooth, fresh, moisturised legs. A small smile arose as she checked her dress. White, not that conservative, but not too short, just right in her opinion. It was, after all, one of her favourite items from the selection at home. This, as she knew, was found at the back of her wardrobe, wrapped up, for special occasions. 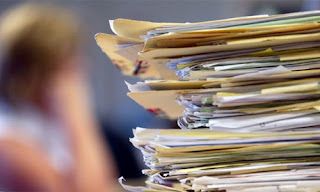 Looking again, at the clock, a few more minutes had managed to move forward. The wait seemed horrendous. Annoying. She didn't like to wait and, what made matters worse, people seemed to be constantly coming and going. Each time the door opened her heart would pulse, rise within her chest, spiking her stomach into fits of butterflies. “Damn butterflies”, she said to no-one in particular.

She started to reminisce about the past few weeks, especially the few days that he was there, which didn't calm her heart. It was a normal day, like the usual days in this building, with nothing really happening. Contractors were due to start, one in her section, but she still didn't know why exactly. From nowhere he was standing in front of her desk and, as she looked up, his initial greeting was simply lost as the truly wondrous scent escaped from his body. She’d quickly brushed aside her olfactory pleasure as she rose from her seat, shaking his hand, only to stay standing which is something that she simply did not do. Within a few seconds she’d accustomed herself to his smooth voice, the crazy masculine face, his flamboyant hair and clean attire. What she couldn't accustom herself to, which also seemed to instantly attack her poise, was the very fact that his eyes seemed to be enticing her in some fashion.

They’d chatted, the usual small talk, small laughs, casual movements, to which she caught herself mirroring his gestures and, from nowhere she reached out her hand and touched his arm. Her pulse must have rose at that point. She had gathered her composure but, as his eyes quickly darted from her eyes, to her lips, something inside of her simply felt alive. As soon as he had appeared he vanished again, somewhere into the building and, being honest to herself, she had to find out where.

As she returned to the present the door across the room opened and, as her heart jumped into her mouth, she caught sight of him. His name was James and, for the life of it all, she’d not managed to find someone that knew his second name. She had no social media information to fill in the blanks. She watched as he vanished into the photocopying room. Standing, composing her thoughts, clearing her throat, she pushed back her chair and started to walk along the desks, to the walkways around the side of the room. She knew that they all knew. She could literally feel their eyes latch onto her as she walked. Office chat and gossip would always be a ‘thing’, but she was supposed to be above all of this. ‘To hell with that’, she thought, as the door loomed ever closer.

Gently opening the door, the room appeared into her view, cabinets to the left and right side, photocopier straight in front of her, with the 2nd floor window filling the room with light. There he was, James, in all his glory. The door closed behind her and she stepped forward a few paces, stepped slightly to her left and picked up a few bits of paper. She didn't want to seem like she was there for anything other than work but, of course, what she was wearing was ever so slightly obvious.

James turned his head, catching her in the corner of his eye and, as he turned, said hello with the biggest smile he could muster. She felt his eyes instantly take her into his mind. Eyes quickly moving from top to bottom, back to her ever so slightly presented chest, back to her eyes. Men were always predictable but, no matter the predictability, when you wanted someone they could be as predictable as they liked. “You look absolutely amazing today!” he stated with a near absolute certainty. He stepped forward, wearing his usual clean, crisp, white tailored shirt, unlike the usual men within the building. She didn't have to make it obvious as, over a lifetime of experience, she could take in a man’s posture, clothing, personality and experience within the blink of a casual eye. James, however, did seem to be somewhat of an oxymoron.  He seemed to hold an air of extreme confidence yet his eyes betrayed his kindness.

A week ago she’d accidentally dropped a cup and, as he caught it, his other hand had grasped her arm. She could feel the grip strength yet he was still so very gentle. Pushing the thoughts aside, she replied with a naughty grin,
“Careful now, I might have to report you to H.R. for inappropriate behaviour!” James, leaning forward a few inches, lowered his head, keeping his gaze firmly locked to hers,
“Shall I inform them of the text message you sent last night?” She placed her hands behind her back and, looking innocent, pursed her lips and slowly shook her head side to side.

James, setting aside the paperwork from his hand, stepped forward with another small step, “How about I tell them about the things that we’re going to do together!  Shall I inform them of the manner in which you’d like to conduct… business?” She, again, shook her head. This time, stepping forward and, leaning over to his right side, she whispered,
“Instead of informing Human Resources of certain indiscretions, maybe, you should just do the things that you've promised! After all you can only keep a lady waiting for so long!” She moved her lips away from his ear and, as he closed the gap between them, placing his lips a few centimetres from hers, he slowly started to move down and, once his hands reached just below her dress, slowly ran his fingertips up her legs until he reached her lingerie.

She could feel her nerve start to fluctuate, her breathing deepen, mind hurtling random thoughts that all equated to absolutely nothing, as he looked up at her.  Moving a finger, on each hand, around the strap, he pulled downwards. As he reached the ground, she stepped aside and, she watched as he reached across to an envelope box, removing one and placing her lingerie into the envelope. As he licked the envelopes seal, while closing the envelope, she could feel her heart pounding hard, she caught her fingertips shaking and, she could swear that the heating had been dialled forward.

Placing the envelope to the side, James took her hand, walked her over to the copier, lifted her up and back down onto the glass. She couldn't believe that this was happening, let alone the fact that she let it happen, but life had been so very boring right up until this point in time. Their eyes simply could not look elsewhere. She watched as he reached for the green button, his stoic smile never changing, taking in her view. The copier spew forward one copy and, as he lifted her from the screen, he reached over, grabbed the page, folded it twice and placed it into his pocket.

As she tried to calm her current state James placed his arm around her, hand holding her head, lifting her up and back onto a cabinet. He kissed her, a deep intense kiss, filled with lust, desire, dirty meanderings and with a tongue finding a rhythm with no remorse. Then, as quickly as he’d kissed her, he lowered her the few inches to the ground and stepped back. Pausing for a second, looking at her, chest expanding with her deep breaths, he smiled and finally broke the silence, “I've taken a copy of the place where I’m most needed!  I’ll be back next Tuesday. Dinner after work, a date, appetisers, then I’m going to have you as the main course.”

James reached over for the envelope, collected another envelope and then walked out of the room. She leant against the cabinet, lipstick ever so slightly crooked, nerves lashing her insides, adrenaline screaming for more, pulse fluctuating and lips feeling alive. She couldn't believe that he was gone, that he’d just done what he’d done, yet she felt glorious.


James reached the bottom of the stairwell, opened the envelope, transferred the contents to the other envelope while removing the photocopy from his pocket, also placing it within the envelope and then he sealed it.  Walking towards the post room he pressed the power button on his phone, synced his e-mail, then, as he neared the room, caught site of one of the workers, “Hi Michael, could you please pass this to the Head of section B please?” The guy nodded as James passed over the envelope. The phone updated, as he walked and, flicking through the messages, one caught his eye… ‘James: Monaco, 27th, two days, 6pm, Royal Riviera Hotel’.  Smiling, wondering how he managed to get into this line of work, he knew that he, at last, despite the money being afforded to him, had a place in life.