I heard a whisper, maybe even barely a thought, that seemed to want to resound throughout the world. The universe laughs, already at peace with the balance that we crave instilled into every corner, lacking on this very world of ours. 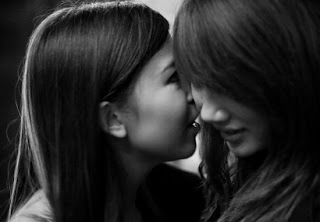 I heard a few words, nearly breaking through the deafening silence, created from spouting the same said rhymes and rhythms. It seems that the more people scream, the more they shout, asking to be heard by all, the more we switch off, fail to listen or even become swept away with the life we, as well as they, lead each day. When I was younger, listening through the silence, watching, waiting, too young to truly appreciate, I wanted to understand but didn't know what, the where, let alone the why.

A sentence forms, it appears in front of me, wondering and asking to be understood. I'm failing, am I succeeding, not sure of the reasons why I need the message at all. I'm lead by the words spoken on an elongated box, or the spouted poison spread through the on-line frequencies. Misunderstood, maybe, disproportioned, of course and misconstrued all day long. The words are created by others to control, to make you obey, play nice, to stay nasty, to mistrust and scorn others.

I’m close to visioning a paragraph, a strong structure of letters forming the many words. The font increases, becoming bold, starting to seem ever so heavy. We’re not built for such depth, the words that can free hold so much weight that it threatens the very world that’s been built for us. It’s heavy, foreboding, always keeping us on a knife edge yet happy with our new purchase.

I ignore the further whispers, replacing them, blanking them, ignoring their ever presence in my world. I block the weight, I remove the guilt, standing tall from my own two feet and morals. I do hear the words, I see their meaning, while others remain oblivious, but I am, we are, just the few within the very many. I could exhale my words, as I do, as I am with the typing clicks from this very keyboard, but there’s a limit to the truth that can be heard.

I raise my hand, blocking those heavy whispering vipers in the world, I've finally had enough and can no longer listen with the mind that I have. I respond with kindness, I realise that I do care, which is something that the media doesn't want. I summon my own thoughts, my further whispers, forming my own stability from within. Smiling, understanding, I proclaim to the world,

“If there were a thousand words, spoken in a thousand cities by a thousand people, hopefully, surely, the message of love would spread throughout the world.”

These are the whispers that we need, those are the kind of paragraphs that can conquer the hatred, the injustice, the idiocy of the way the world works, the kind of sentiment that the universe would be proud of.