Daniel rested into the seat, relaxing, taking in the entire room as his eyes slowly glanced around. Sipping his drink, wondering, realising, that today was going to be an amazing day. He knew that he still had a few issues to work through but, saying that, they didn’t bother him as he was tired of trying to fix everyone else. It was his time, his precious solitary time to work towards something better. He, above all, was a fixer within the world. All through his life, he was presented with moments to find solutions, to resolve whatever appeared within his path. Emotionally, physically, professionally and maybe even spiritually. 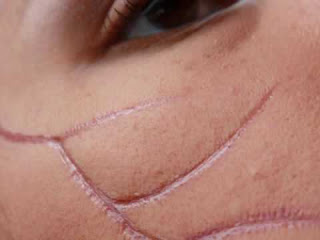 He lifted his hand, looking at the skin surrounding his fingers. They’d been through so much, touched, lost, held and let go. Upon each fingertip there were scars, the moments that he’d never forget. The scar of letting someone he loved, in the younger years, vanish without a trace. Taken from him, removed from the country, only to return a married woman. The four years, that followed, of anguish and loss, burned into his very soul and heart.

He’d learned, realised, that love wasn’t something that would last forever, despite still holding onto that dream for far, far too long. Naive, not yet that worldly individual that he thought he was back then, he’d eventually moved on. The four years of loss, never to ever return. Lost, abandoned, forgotten and faded.

Next, he looked at the scar of falling in love with the wrong person, a person that wouldn’t have worked at that time. He was still innocent, fragile, expectant to find that love he’d finally returned for. The fool, the play written with someone else’s words, casting him aside as a side character in another’s life. Another scar, another wound of wonder and hurt.

He smiled, remembering the moments of tears and stupidity which, of course, were all experienced with his blessing. He could have chosen to stand tall, walk away, run from the madness that he allowed into his life, but that life and those moments hid actual problems that he needed to find.

Solutions, ablutions, ready for whenever he would realise what he needed to do. Daniel glanced at a few other scars, smiling, understanding, as each new experience eventually resolved into something good, for the others that moved from his life. He played a part, as his previous thoughts pertained to. He’d have it no other way.

Sitting there, smiling, he placed his hand upon the side of his head, feeling the scar from where the life-giving tube sat, when he was born. Next to death, that two-pound ten baby of premature birth, alone, fighting, holding on to each breath that could have been his very last. He closed his eyes, thanking whatever force kept him alive. Decisions, revisions, the luck of the moment or more, he simply did not know. The rain pours, the rain falls, but through such dreary moments, life is born and the world is refreshed.

He once again sipped on his drink, the smile still staying exactly where it should be. He had many, many scars. The fold of his arms, covered with needle marks. The scars upon his knee, the large scar on his abdomen, were all memories of how he managed to reach this very place. No physical scar remained within his mind, as the real scars were caused by his own idiocy with regards to others. He trusted, his moral code being something from a time long forgotten, despite constantly breaking that code to seek some type of self-deprecation.  He wasn’t anything special, he knew this, he felt the realisation, through the very scars written upon his skin. Each time he held someone, it burned into him, as if he were some type of devil made real.

Now fully relaxed, the thoughts still calmly flowing through his mind, he regulated his breathing to reach a place of perfect calm. No matter the solution, the cause or disadvantageous effect, he’d resolved the final niggles that remained within. He was a blank canvas, a place to explore and to become something new. The problem, the one moment that caused him concern, was the very fact that no matter what he did, no matter how many scars he came to terms with, each other person within his life would still have scars, moments, tribulations, which meant that he’d open himself to new moments of pain, or hurt. His smile grew as he knew, he damn well knew, that if you were afraid of getting hurt, or watching as another etched their name onto your skin, then life simply wouldn’t be living, without gaining scars.

The next question, upon his lips was, of course, how deep that scar would be. He didn’t care. He wouldn’t care, as he loved every… single… one of them.