Daniel stopped typing, as he tried to wipe away that tired feeling invading his thoughts and ever-present weary body. Taking a sip of the water, to his side, he stared at the screen in front of him. The words, freely appearing or, should he say, simply falling from his thoughts straight into his fingers. He’d felt better, the days and nights seeming to stretch to the next, with no real end in sight. 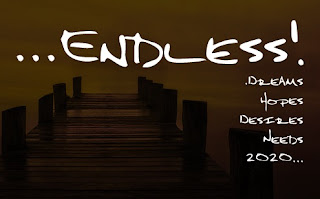 Decisions, riffling through his mind, the words seemingly at the tip of his tongue yet so very, very far away. He didn’t enjoy the decisions that he had to face, those life moments where most ran for cover, but he was also hardly a person to run from what had to be done. Flight or flight, with fight becoming the focus of his present life. There was no point in running away from anything, or anyone, despite it often being the honest and easiest choice. To him, at least, he was fighting right now.

The words appeared and he continued to type. One after another, they flew onto the screen making his thoughts into real, realistic, impressions of his mind. If he could make all of the words into action, that might make things easier, but sometimes better written, than actioned or even said amongst a room of people. He wondered whether this was the etiquette of a well-mannered man, or the idiocy of a society silenced by formality and grace. The answer escaped him as, right about now, he’d gladly sit within the middle ground. His earlier years being firmly placed within the white side of life, the right versus wrong, only to slowly descend to the darker side.

He wouldn’t let that happen. Never and, so it be told that, the grey would be where he would stay from this point forward. The hypocrites of life often screamed from the heavens, concerned about  a person’s misdemeanours, whilst committing the same heinous crimes of the vocal nature. The snakes and shakers of life. The vipers and thoughts that crawled within each person’s soul, haunted him. In his world, everything would be fair, just, but that wasn’t being realistic. You had to play the game; the games that people played. The selfish creatures of habit and formality, with his own mind simply exhibiting the exact, same, venomous traits.

His fingers continued to type. Faster, as the seconds escaped his remaining energy. The sun, long forgotten had descended from his sky many hours previous, with the dark being kept at bay by a simple, small, solitary desk lamp. The simple things in his life. A white screen, a clear canvas, a keyboard and not much else.

He escaped. He knew this to be a fact, a truth, a mesmerising moment that he enjoyed. He could be anyone. A lover, a warrior, a peacemaker or even a troublesome envoy. It mattered not as, when the screen switched off, he was back to whatever was out there within his world. He loved both worlds or, at least, tried to do so.

The words continued. The keys clattering as they often did. No secrets hidden within his words. The bold, brash, extravagant truths becoming reality. Each purposely written passage finding an escape into the real world, encased within a form of communication for whoever, whatever, or whomever may have the chance to explore his thoughts.  Normally, he’d proofread the words, the echoes of mistakes being removed to create something closer to his form of perfection while, often, the errors still finding their way into reality. He allowed such moments as, of course, he was far from perfect.

He saved the file, naming the file something sensible in case a future event required his thoughts, to reminisce whatever existed upon the soon to be printed page. He clicked the button and, with the ease of life itself, the page appeared upon the printer. He folded the document, printed upon recycled paper, twice. He’d undertaken this process many, many times, but upon this occasion there was no need for an envelope.

He smiled. Happy. Emotional. The year had been a year of change, of progression and, in a few ways, regression. Two steps forward, one step backwards. He didn’t hold the negative close to him as, being realistic, the altercations and ramifications would only, realistically, make him a better individual overall.

He looked at the paper, sat upon the desk, the light from the small lamp throwing an ethereal glow upon his written, printed thoughts. He’d said what he needed to say. To the world, to the universe, to each individual, to each heart and soul that had crossed his path within the year. It was done. Over with. He could let go, he could now walk away, from the year 2019.  Ever forward, ever onward, the endless march towards whatever, or whomever, decided to be within his world.