Daniel felt the soft sofa against his back, as he blinked a few times, clearing his eyes of any images that were still vying for his interest. He’d pulled out the extra little section that had turned into a bed and now, right at that second, he felt the calm flow over him. 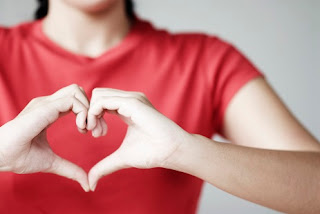 Her head, resting against his chest, remained exactly in place as he finally allowed himself permission to relax. It had taken a few days, but she was finally next to him, with her leg across his waist, along with one of her arms holding him. She felt absolutely amazing.

His breathing slowed, the calm finding him, as his mind expunged all thoughts as well as feelings. He simply, finally, just wished to relax and, more importantly, to feel her in a way that might not seem normal to many. He listened, he felt, as he allowed himself to remain open to her.

As the seconds escaped through the silence and calm, he smiled. Just a little. He allowed himself to actually feel the moment instead of being some kind of emotional tyrant. He seldom allowed his emotions freedom, as they bubbled beneath the surface, but upon this one occasion he really wished to be free. He felt the calm. He witnessed the all-encompassing clarity of the unbelievable silence between them. Neither a word spoken, in the last few minutes, yet the moment was saying more than he could ever imagine.

He listened to her breathing, the silence amazing him. She flowed gently in and out as her breath escaped and entered her. It was beautiful, as their breathing attempted to match. His breathing, longer than hers, with the depth of life joining the both of them.

He’d never, ever, in his entire life, felt as calm as he felt at that very second. His mind flared, baffled at such a moment being real, as he reminded himself to simply ease his thoughts to enjoy the moment. Her energy was, to put it simply, beautiful. He had a knack, a feeling, a realisation from a lifetime of experience, as well as mistakes, of knowing when someone, or something, wasn’t quite right. In all his moments, this was the very first time that he had felt a complete and utter calm from another.

He’d spent months, weeks, minutes, calming his own inner monologue, to a point where his very soul could remain quiet amongst the turmoil of the lives around him. He could literally stand amongst the many, and emotionally feel people. He knew that every person had an energy about them, but the day-to-day turmoil and strife of life often damaged that energy. He didn’t wish to embrace a cold heart, or even a closed heart, despite his own healthily erected maze-like vestibules. He wasn’t complicated, he simply wasn’t open to connecting to anyone that didn’t seem right. He’d share, he’d explore, he’d give, but taking wasn’t his strong point.

She squeezed his pec, adjusting her head slightly as his mind drifted to the peace surrounding him. In his mind, it was almost like they were one. He hardly knew her, had only spent a small amount of time speaking with her, yet there was no rush or heavy weighted desire to jump into bed, or explore the hideous years of pain, anguish, solitude or any other prescribed measure of oddly presented bonding. She, simply, was. She, right at that moment, had connected with him in such a way that he’d previously wished would exist.

He knew that a soul, a heart, or whatever scientific measurement placed our entire being within the context of our mind, could accomplish far more than it knew what to do. Untrained, uncivilised, the knowledge simply being out of reach, yet within a moment such as this, he could feel the energy flowing between them. He would almost call it magic, but that was for fairy tales and unicorns. He’d witnessed the energy transference from emotional vampires, but nothing quite like this positive moment.

His smile increased, his mind letting go of his thoughts. He was drifting, becoming, traversing towards a new path that he was fully willing to explore. This was beyond anything he had known before, or ideally recalled at a moment’s notice. This was freedom, the true way that two people that cared, should bond with each other.