She sat next to the upstairs window, watching, viewing, feeling her emotions spike. Threatening her calm. Her impulsive measures, tried to apply themselves, as her thoughts exploded within her mind. She could feel her anxiety rise within her heart and, at that point, her eyes betrayed the sadness within. 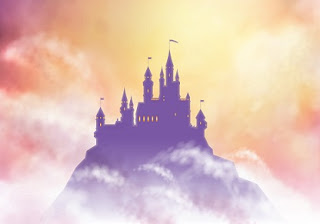 If she could reach out, breaking through the window to embrace him, she truly, honestly, would. As her hand gently found the window in front of her, she felt the cold glass press its vacant feelings towards her skin. The moment, embracing, the notion, uncaring. She would scream, she’d shout, but she couldn’t as her voice could hardly even muster a murmur. She was, if she were to be honest, frozen in place.

She loved him, like no other individual upon the god forsaken world. She knew so many people, held their hands, heard their words, but they were seconds within her life of dreams and wonder. She watched as he opened the car door, as he looked back for a brief number of seconds, as his head fell and his gaze moved away from the house. From her eyes.

Slowly, the blurred motion of the moment burnt the memory into her mind. She wondered, she chastised, her heart wishing to blame herself for the situation. She could have said something, anything, but tiny voices were often so miss-understood or ignored. Helpless, void of control, with her thoughts even struggling to perceive the eventful events that had taken place.

The arguments, the shouting, the trauma of hearing their love fade into obscurity were all there. Within her memory. Her thoughts. Her being. Her eyes closed, tears forming from each, painful, word spoken, exclaimed, thrown forward and heard.

Her Mother and Father had split. Finally. Maybe. Possibly. He’d come back, try to make things better, but something was wrong, and words didn’t seem to fix anything. She was the middle ground, the person that just wanted things to remain calm. Even at her age, she knew that stability was essential. No screaming, no slamming of doors, no manipulation, or under-handed comments. She’d heard every second of their escapade of self-indulgence. To her small ears, it almost seemed like they actually enjoyed the drama. The play. The up and then inevitable down.

She moved away from the window, her head down, tears moving along her small face. She believed, she wanted wishes to be truth, but love didn’t seem to be the same as the many movies portrayed. It wasn’t a happy ever after, the romance and roses of two hearts becoming the one. She wanted to hold the both of them, together, forever, until the smiles returned. The loving words, the small kisses, the holding of a heart filled hand and the days of adventure.

She curled into a ball, on her bed, as her tears continued. She’d survive, she knew she would, with the wise head upon young shoulders being brought into the adult world a little too early. She understood most events. She’d read the forums, the adult places where the sadness of the many lurked. She realised that people simply did not resolve their problems.

Holding her pillow, a little tighter, she wondered how this would change her. She asked herself if she would also be damaged, but the small little voice within asked her to believe. She wanted to believe. Life was not perfect. Life was that jigsaw puzzle with that one missing piece. Almost perfect, fitting together with thought and precious work.

Rubbing her right eye, she caught sight of the family photo, upon the side dresser. The three of them, together, the three of them smiling upon a beautiful day. She held her hand out, trying to reach the picture as the tears appeared faster than before. It hurt, it burned her heart to pieces, thinking that they’d never be the same again.

Her tears slowed, the realisation settling into her mind, as two unhappy individuals were better off apart. They’d find new people; they’d settle and smile again. She’d smile again. Eventually. Just… not today, not on this day, despite still believing in that forever fairy tale of youth.