Daniel, fingers tapping on the table, simply looked at the man in front of him. The man was an odd-looking man, with an almost triangular face, his thin pointed chin strutting forward away from his mouth. If anything, Daniel thought that the man belonged in some kind of circus as his act, for one, was most convincing. 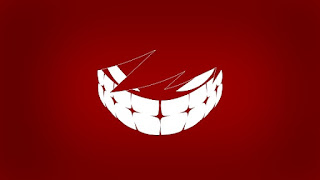 “Who are you?” asked Daniel. As he waited for the answer, he reminded himself of the conversation they’d just had. The man, appearing from nowhere, offered him two choices. The man had started to explain about parents. There were, according to this strange individual, two types of parents in the great scheme of things.

The first parent wished for peace. The ever loving, caring, doting parent that simply wanted harmony. The perfect home, the perfect life, the ideal setting and the most pretentious set of circumstances that simply had to be obeyed. The smiles abound, the perfection apparent, until you wanted to do things your way.

The rules were set. Cast in stone. It was their way or no way at all. The wrath incurred ensured obedience; the zero-tolerance apparent from every single word. You had to play nice, be nice, eat the sweet cherry pie and be on time. Every. Single. Time.

The vengeance and scolding venom, upon a day when you veered off track, would ensure that thought and freedom be removed from every single part of a person’s life.

The second parent would value freedom, above all. You could play, hurt your knee and learn from your mistakes. You’d be protected, to a certain point, but above all you’d learn to think on your own two feet. Adaptable, clever, opinions being formed from facts as well as gut feelings. You would be pushed to improve, yet the pushing would come from within your own heart, soul and mind. You would be cheered on, but also hugged if failure rose within your life.

There would be sadness, arising from the bravest of souls, but you’d learn that life would not always feature cherry pie, as the best would be made from any situation. Be that situation good, bad, or the ugly. You would be free. Free to fail, to fall, to prosper or be whomever you would prefer to be.

There would be rules, but rules could sometimes be broken, if your free-thinking mind thought it possible. You could question, you could discuss, without retribution, cancellation or strife.

The two choices, clear as a bell, as free as a whistle. As Daniel’s mind really thought about the two choices, he also wondered why he had to choose in the first place. Both could exist side by side but, as with many things, the more venomous side usually tried to control the other.

The strange man leant forward, whispering his answer, “You all know me. I’m the Beast, the Evil One, The Devil, Lucifer, Satan and my own personal favourite, the Accuser!”

Daniel let out a short chuckle, deciding to play along.

“Okay, fair enough! What happens if I don’t choose a side?”

The Devil smiled an insidiously creepy smile, his decayed teeth suddenly appearing amongst the apparent shine from his evil looking eyes,

“Well, my boy, do you truly believe that you’ve ever had a choice? From the moment you were born, most of your decisions have been made for you. You were born into unknowing servitude!”

Daniel’s head moved ever so slightly to the side, confused, as the man continued.

“No matter what type of parent you are, or which side you’re on, or where your point of view sits, the illusion is making you think that you ever had a choice to begin with!”

Click HERE To Listen
Posted by Damian Jones at 12:02