She inhaled, slowly, trying to gather control of her emotions. The last few days, weeks, maybe even months, had been so very, very hard for her soul. She often wondered if she had a soul, based on the type of people she attracted. 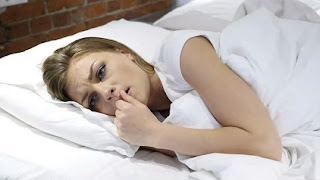 Pressing the phone power button, she placed the phone onto the small bedside table and relaxed into the bed. Still breathing, still excising, permanently aware of the way she felt. With each breath, she exclaimed prophetic affirmations within her mind. ‘The world gives me energy’, she said to herself, with the next words expelling her negative emotions, ‘Bad thoughts are leaving me’. Again and again, she repeated the mantras.

The pressure, the pain, the anxiety waiting upon the edges of her mind, asking for any reason to invade her sobriety of illegal thoughts. She couldn’t help herself. That blank canvas, the unwritten scripts, the unsung songs, all painted, wrote and screamed their motives to her as clear as the morning sun.

Another breath, as her mind escaped for the briefest second, to his lips. His defying, dangerous, dubiously delicious lips that had kept her up all through many, many nights. He’d teased her, enthralled her desire to the very breaking of her points of view. Reserved, defined, refined, the stoic, level-headed heiress of knowledge and learned understanding. Nothing escaped her view, her thoughts. Defiant until the end, until that person appeared just to the side of her view, stepping through her defences.

All it took, to fall, were carefully placed words and ever so expertly crafted kisses. He’d spoken to each and every single part of her frame, that skin of hers, amongst his sexually riled motives. A smile here, a laughter filled moment there, all wrapped around the most orgasmic feelings she’d ever reproached in her entire life. When one was bored, one would succumb to the wildest excursions ever imagined. It was inevitable, scribed upon her very lust filled breaths.

He’d taken it all. Her vanity, expunged. Her guile, removed. All of her imaginary standings within life, were swept aside in the gust of seeing herself tainted in such a manner. There was no place for dignity when sat upon his lips, as they caressed and encompassed her very wants. She’d never even realised how much she could yearn for someone to be within her.

She threw away the thoughts, cast them to the side, reflecting upon the silence she craved. If such a moment could be purchased, she’d gladly open her purse as quickly as she’d allowed him into her life. She’d exclaim from upon the highest building, that he had not broken her resolve but, of course, that would be a lie.  She knew that it was the same for all of them, no matter which side any of them sat.

She placed her head into her hands, her knees moving to support her elbows, as she rubbed her face. He was, overall, a heartbreaker that knew exactly what he was doing. A beautiful lie. She couldn’t even help herself, as he informed her of no lies. He didn’t cross the communicative barrier of hope and relational glory. He’d just done what he’d done and opened a part of her to a place that she needed to find. It was glorious, a tragic, spectacular series of events.

Exhaling once more, affirming affirmations exclaiming their value, she felt her heart attempt to find rest. She’d be okay. She’d find salvation within her own mind and moments. It was, after all, a learning experience, just like the other moments within her life and right now, all she had to do, was learn to once again breath on her own.