Daniel continued digging. Each movement caused his lower back irritation but, for once, he was on a mission and would finish no matter the consequence. Again, the shovel struck the exposed earth, moving, digging, ever further into the soil. 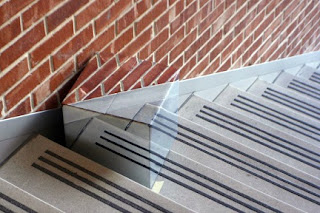 Another clump of earth moved from the wet, sodden ground. He’s started digging twenty or so minutes before the rain started, as he cursed his obvious luck and misfortune. He smirked, understanding, realising, that this was typical for his life. He’d give up, throw the spade to the floor and proclaim his dissatisfaction to the heavens above but, for once in his life, he’d accomplish the task come hell or high water. He laughed a little, realising that high water was closer than he’d ideally prefer.

His arms, aching, continued with their given task. Each instruction from his mind, pushing him forward, but in this instance and task his heart was also incredibly invested towards the outcome of his efforts. Daniel’s frustration, as well as mild anxiety, furthered his anguish. He simply wished to find a solution, a path, or a safety net, all the while knowing that he had little choice but to continue.

He’d made decisions in his life, some bad, mostly good, with only the negative aspects remaining to constantly haunt his waking thoughts. Again and again, his misdemeanours continued to taunt him. If he could run, he’d consider such an option, but he knew that he could never, ever, escape himself.

He continued to dig, nearing his objective with each strike and lift of the shovel. He’d explored many options, spoken to a hundred and one people, with this being his last and final option worth considering. He wanted to be cleansed, to escape the person he was, even though he wasn’t a particularly bad person. A shedding of skin. A renewal. An opus of possible regeneration or, even, just a better version of himself.

He’d read self-help books, the power of the moment, understanding the very notion of how a human being should conduct himself within a living society. He was still denied the silence of a quiet mind, a relaxed mind. As his thoughts invaded his attempted calm, another section of dirt vacated the ground and finally, he was ready.

Daniel dropped the spade, as he fell to his knees. He felt ridiculous, but quickly moved away from such notions. He knew that the mind, let alone a person’s body, could often work in mysterious ways and at this point in his life, he’d try anything and everything. He raised his hands, imagining a wooden box, as he opened the imaginary lid. Within, there sat an empty space. Daniel smiled. He was ready, finally ready to move forward.

The rain splattered around him, over him and into the hole in front of Daniel. He lowered the imaginary box. He then closed his eyes, raising from within him such emotion that he immediately started to cry. He couldn’t hold back any further. His eyes opened as his tears joined the hundreds of raindrops around him. Each tear, landed into the invisible box. Each emotion, be they negative, expressive or even destructive, rose within him.

As the overwhelming feelings sat within his heart, his mind and possibly his soul, he raised his hands to the side of his head and then, with as much energy as he could find, he gestured metaphorically by throwing the energy from within him, into the invisible box. The cleansing of a spirit, the freeing of a soul, the demonstrative capacity of a person willing to grow, shown within the seconds of his life.

Each let down, each loss, each crippling word spoken to another, let alone his own demonising moments, released from his very emotive display. He no longer wished to be held captive and captor to his life. He wished for his words to be kind, to hold and to console him. His heart was gentle, his soul but the weak child of innocence, yet the enclosed cage had started to strangle his very life. Gasping for air, tears still falling, he felt the very weight of his world push against his entire body. The vessel of a person could only hold so much sacrifice, so much sacrilege, before a person’s will would break. Daniel knew all of this, he understood and despite having the very world at his hands, it was not enough. The demons, the devils, the mere thought of returning to the young days of being an innocent child scolded him, squandering the chance to just simply be what he could be.

The wounds of his words were, finally, fully exposed. The rain, the moment, the visually encapsulating box in front of him, allowed the expulsion of so very, very much. He could swear that he could feel his actual soul emptying. The conscience of a man, expunged. The heart of a man, sanctified.

The last tear from within appeared from his right eye and, in that moment, he could see it fall as if the very moments of time had neared the slow sacrifice of existence. The imaginary box, now full. The lid, closing as he thanked his very makers for the chance to humble himself in such a way.

With gentle trembling hands, he lifted the invisible vessel. Placing the box into the ground, he gently placed his left and right hands either side of the hole, to slowly drag dirt into the seemingly empty space. Vanquished. Gone. Hidden and taken from him. As his mind cleared, he continued to place the dirt into the hole. Faster and faster, as the smile appeared upon his face. He didn’t care if it worked or not. He wouldn’t even give that fact a second thought as, in the great scheme of things, the pills hadn’t worked, the friends, the thousand conversations as well as the ten affirmations. He would find his own solution, his own sacrifice if needed, as long as he could survive. All he wanted to do was bury his old life, his sacrifices and failures and, hopefully, keep them buried.