You. Just you. That one, the one, that did exactly what you did. It hurt like hell but that’s, as they say, the way loves goes. A supposed victim of my own inner ideals and idiotic meanderings. One would think that I actually liked the twists and turns of the motion of your emotions. 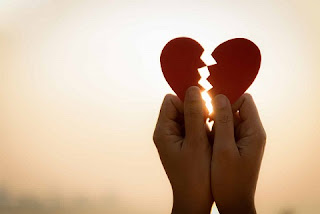 I don’t, I do not. I never will. I’m a kind person, a caring person, with the upsetting aspect of all of this, being that you’re also the same. I never expected the avenue to, literally, be a dead end. When you mess with a heart it hurts, but this, this very thing, seems to have moved my actual soul.

I know that I’m being dramatic, but there’s that yang to your inner ying that often, simply, wishes for more. A connection. A vibe. A presence within another that bonds directly to yourself. The holding of a hand feels right and, upon a given day, it hurts like hell to let go.

Forced, abjured, the feelings simply strewn across the floor like the broken vase of my dreams. It’s okay, it’s to be said, done, abandoned and moved away from. That heartbreaker. You know what you did. You knew how this would make me feel.

You touched, you adored, you held with such force that my feminine mind gave away my very essence. You said that you adored my scent upon your skin. You stated that you had to have me over and over again yet, upon this very second, you’re nowhere to be seen. Another conquest, another moment, a further wounding glance designed to inflate your never-ending desire to be adored.

It’s all so clear. I could never fall for someone that actually, truly, really cared. The faults and infatuations being all so very clear. I’m broken, with the never-ending loop of trying to mend, yet seemingly doomed to repeat the same, tired, repeating process add infinium.  I know that you thought that you cared for me and, upon a certain level, you did. You just had to have what you wanted and what you wanted, was me.

You did things, said things, explored places that the normal type of man wouldn’t even think of. It’s exhausting, it’s deflating, knowing that you’ll soon move onto your next target of awe. Your dark eyes, the way you move simply turns me on to my very core. I ache for you, desire you. Dream of you. But that’s not enough and nothing ever will be.

I’m sat here, thinking, wondering, trying to escape the situation I’ve found myself within. If it was just sex, then you could have just asked. I know that ‘that’ isn’t the way it works, but right now, with what I know, I’d have happily have let you explore every inch of me with my lips knowing exactly what they were to be used for. You broke a piece of me, broke me in half and opened my very body to something new. Then, once you’d had your desired, erotically induced fantasies played out, you left.

I would feel used but, instead, I’m just sat here wanting you all over my body. It’s evaporating my very sense until I don’t know who I am anymore. I’m spiralling, out of control, gasping for your air to free me. I know that you’ll be back, as you’re addicted to flesh. You’re embraced by the very notion of control. You need to be adored by everyone and everything.

I’m going to try and forget you. Everything about you, as you’re just not worth my time. It’s done. Over. Gone and far away. Yet, you’re still here, inside me, lips kissing my neck and arms holding me in place. I just cannot seem to escape what you’ve done to my living memories. I hate you, but I love you, as you’d freed and chained me at the same time. I want to scream, I want to moan, I want you. I need you. You’re just that heartbreaker I was warned about.