Opening the bottle, sombre, reflecting while simply being tired, she poured the wine into the crystal clear glass. It had been a very, very long week and, above all, she was glad that it had reached the end. The same, as she closed her eyes, could be said about something else. 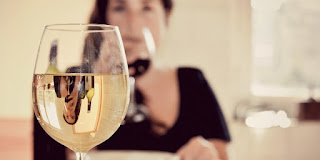 It had lasted two years, with the first 4 months being glorious, a blast, something that she’d always miss. But, as can be the case, that blast eventually descended to a place that she’d seen before. The arguments, the drama, the he said and she said maze that seemed to send her mind into such confusion. It wasn't worth it, it never was, but that’s where she was. Until yesterday. The roller-coaster had ended.

The day started, the same day as the day before, with kisses exchanged, him tapping her bum as she flew in, then out, of the shower. He was playful, she’d give him that, had the gift of words and the smile to melt butter, but no matter how his eyes often looked at her it simply wasn't enough. The kisses didn't hide the words, those small words, that often made her feel inadequate. The words that didn't afford her the smiles that she used to hide her feelings.

She knew that she wasn't different, not assured special treatment, as her friends often told her stories that would make any hair curl no matter which GHD she used. But she often asked herself if it really was supposed to be the way it was. Deep down, it wasn't, she knew this. Felt it. Realised it on the occasions that she noticed how some men treated their ladies. It wasn't difficult, it wasn't impossible, but that depended on whom she selected.

They’d met, those years previous, through mutual friends and he seemed to head straight for her despite the various other people. His smile, that smile, assured her of his confidence but maybe, just maybe, that bravado hid the person that he actually was. She also pushed her best face forward but, when relaxed, she wasn't an ogre or maniacal demon. She was herself, the woman that her Mother and Father had brought up, with respect and manners.

Either way it had ended. Simple things, small words, singular moments, all collecting into a near meltdown in public. No doubt it would all be her fault, with him using the moment to proclaim his innocence, but that wasn't the case. She wasn't perfect, she never would be despite trying for him, with her hindsight being crystal clear. Her opinion, at times, being completely ignored, was also one of the bigger failings. She was clever, some would even state that she was street smart, with that term being straight from the eighties. But that didn't matter, didn't figure in the great scheme of things.

She’d had enough, ended it right on the spot, taking back her self confidence and some pride. Obviously, as she gulped down the remaining wine in the glass before a re-fill, she’d have to deal with those mentioned emotional bruises. Heaven knows how she’d been affected by the way she allowed him to make her feel. She’d lost far too much weight, gained weight, yo-yoed a few more times, before finally finding a place that didn’t care how many times his side remarks would appear before a night out.

Cruelty came in many forms, many ways, the smallest of glances, the longest of words, the lack of kisses or, even, the silence of a phone never ringing. That, thankfully, wasn’t today, it wouldn’t be tomorrow, or the next day or month after that.

That was, today, yesterday.