David touched the phone’s screen, his breathing stilted with expectant nerves, opening the view to see that the message had arrived. Finally, after such a long time, he could smile. He pressed the text icon and watched as the screen changed to a familiar view. He scrolled up, for a few seconds, with many messages and memories sliding in front of his eyes. Finally, he stopped scrolling, as he reached the first message. 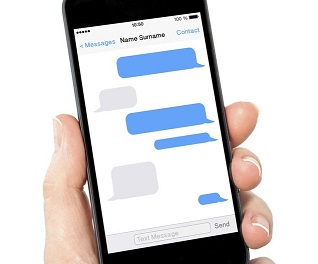 He started to read. Speed reading. Glancing through, missing out the usual formalities of conversation, until he reached a certain point in time. The first kiss. His eyes softened, the smile increasing, as his emotions tried to grasp the situation with a pure heart, an understanding heart. That first kiss where you show that you’re interested, that you want more, feel more and need that something extra from a person. The wondrous adventure of all the moments to follow.

He recalled their first kiss, stolen, a quick glancing affair taken whilst he was feeling that extra bit brave. He had all the confidence in the world, with any woman, until he met someone that he actually really, really liked. Maybe he’d watched far too many black and white movies, as a child, or maybe it was the dignity and nobility trying to enforce that he respected her in all the ways that he should. The long-lost values that meant little, in the fast and free moments of their present world.

Either way, no matter his thoughts, he’d distracted her and upon her eyes meeting his again, he took that moment to grab his kiss. A quick, single, simple gesture to ensure their nerves stayed calm and the conversation relaxed. It had worked. The success of a brave foot forward or, should he say, placing his lips upon hers. He returned to viewing the messages as his emotions rose. Special. Something to remember.

He scrolled a little more, the quick messages between them flowing with such ease. He reached the obvious place where the relationship turned from friendly gestures, to the intimacy shared between the two. She turned him on, with nearly every single word from her lips. She wasn’t one to hold back and, finally, neither did he. He’d waited the longest time to find someone that he could feel comfortable with, to be able to express himself the way he’d wanted, with happiness finally being embraced. He felt free, unconstrained, as she listened to whatever his imagination wanted to think. He’d whisper to her, whenever he could, words of devotion, love, debauchery and more. She seemed to adore his naughty mind, the nature of being able to say the words needed, to drive the both of them insane with physical need. It was the electric to his fire.

Then, he recalled the moment they’d said the three words that meant so much. He feared the words, held them close to his heart, despite wanting the world to know. The vulnerability they signified, warning him, embracing him, opening his arms to allow another person into his life and emotion. She said the words first, as he read them on the screen, with him quickly rushing to her side, to say them in person. He just wanted to see her eyes glow, her smile escape, with her arms holding him close as he felt even more freedom. The trust, often given, seldom actually earned, being created between them.

He was so happy. They were both happy whilst walking hand in hand. The world faded; the moments bonding the both of them, to a new place. He continued to scroll, realising that it really was working for her, the love that she had.

Content with the messages, he reached the bottom of the texts and started to type his reply. He simply needed to know, wished to have an answer and, despite the moments being as they were, he didn’t want to push or hamper where she currently resided. He pressed send, next to his typed message, as he re-read the content, ‘Thanks Brian. I just needed to know, and I hope that it works out for the both of them. It hurts but sometimes, knowing that your ex is happy with someone else, is all that matters’.

He pressed the lock button on the side of his phone, standing and turning towards the door, as he slowly walked from the room. He knew that history repeated itself, that people said the same things, to each other, over and over again, yet he preferred closure, an ending, a realisation that everyone was a free spirit. He was now free, eager to move forward, after reading a few simple, little, private texts.