Daniel looked out across the large expanse. The devastation, the lack of life, with every single entity crushed or removed from existence. He held onto his beretta M9ai pistol, with one hand, with the m16a4 rifle gripped by the other. He tensed his fingers slightly, wondering why he continued to fight, despite the obvious disadvantage. They were all, each of them, every single person he’d known, loved or remotely cared for, gone. 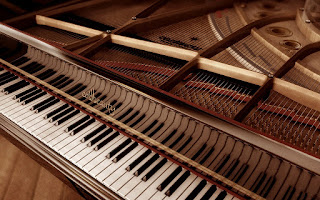 He shook his head, his body sore from exertion, staying alive, as the heat continued to batter his weary body. He’d dragged himself through this entire mess, further than he’d ever expected to take himself. He’d survived by the very skin upon his flayed hands.

He stepped back a few steps, finally realising the futility of continuing with whatever madness called a mission he’d been set. Turning, he glanced across at one of the very few buildings still standing. Barely. More or less destroyed, with a few walls here and there. He stepped forward, a few steps, allowing his body to finally accept its fate. This was the moment. No more. He simply did not wish to continue. It was over.

He placed a hand against one of the standing walls, feeling the texture, the very essence and years of building design. Humanity’s last day, upon the very world that had created him. He smiled, the realisation settling into his weary mind. Moving away from the wall, he stepped through a broken archway, to see a piano. His smile grew, as he approached the pure work of art. He hadn’t seen such a grand sight for many, many years and right now, it could possibly warm his very soul. He’d enjoy feeling, despite the atrocious events he’d witnessed. The carnage. The depraved skill at which they’d managed to sweep through their desperate strategies.

He placed the rifle against the piano’s leg, with the pistol set aside near the front of the raised, long, wooden lid. His weary shoulders shook away the heavy carry all, as he rested the satchel against the other piano leg. He lifted the top, emotions stirring, as the white and black keys appeared. A work of beauty, a moment of wonder, within the very end of his thoughts. He sat on the small stool, wondering what to play. This, as he realised, might be his very last song. The moment he pressed a key, they’d know his location. He didn’t care. He didn’t mind at all, as his entire world was already gone. His wife, his children, his family, taken from him and that was the only reason to continue to fight. To Daniel, as long as there was one family left alive to protect, he’d do his job. He’d fight until the last drop of blood remained within his battered body.

He pushed aside the realisation that even the underground bunkers, any undersea sanctuaries, had been blown to smithereens. There was the possibility that there was no-one alive to fight for. He placed his hand at the C position, smiling, understanding, that he’d soon see each of his loved ones again. It was time. It was his moment to say goodbye to life.

He moved a set of keys, hearing the majestic sound flow from the piano into the very life-giving air. The silence, this vacant place, suddenly filled with the rapture of creation and life. He continued, the song forming, an amalgamation of every single moment of his imagination and knowledge. He wished for this to start slow, to work forward, to express his inner desire and longing.

Within the moments between keys, he felt them, around him, as his eyes remained firmly closed. He ignored whatever, whomever, had suddenly found him. He continued to play, the hammers striking their chosen chords with effortless perfection. The aural pleasure and splendour still escaping into the stricken, foreboding world. He felt the energy rise within him, the calm breaking into pure emotion as he literally felt the keys auditory reverence.

The beauty, the crescendo of sound and rhythm reaching the pinnacle of his creation, resounded within his heart as his mind accepted the coming moments. The human race, the species that had so much love, so much tolerance, amongst the terrible acts of madness, did not deserve such a messy end. He pressed and held the very last key for his chosen epiphany. It was his time. The moment realised, acted upon, with the resulting rapture coming to an end. He closed the lid, standing, as he moved the stool to his left. He could reach for the rifle, or pistol, but this was the time to end all of the fighting.

He turned, as he opened his eyes. Defiant. Proud. A person that knew his worth and did his duty until the very end. Even though the task was hopeless, he continued and persevered. His eyes glanced across many, many alien armoured souls. Hundreds upon hundreds of them, all gathered around the shattered and virtually vacant building. One the aliens stepped forward and, uncharacteristically, nodded. He’d never witnessed any of them, not one, make such a gesture. They’d seemed almost mechanical in their wanton destruction and this moment, meant that they had a soul, an appreciation, an understanding of what they’d done.

Daniel nodded in return, watching, completely calm, as the long glass blade struck his throat. The world turned black but, within his mind, he could still hear the ecstasy and reverence of his chosen song played upon the beautiful piano. He was free. Finally free.  He could hear his heart fading, lingering, wondering, as his heart stopped. His last thought, his very last gesture before his heart stopped, was to press the the small switch that rested next to his fingertips. The satchel behind him exploded with such force that every single living entity within a five hundred metre radius turned to ash in an instant.
--

The teacher smiled, realising that a few of the class members weren’t really listening, as she continued nonetheless, “Now class, here we have the last known remnant of the Human Race. Upon that day, the last few brave souls hunted and killed the last survivor who, upon that day, played the most majestic instrument we had ever witnessed upon any of the conquered worlds. Upon that last moment, the remaining human sacrificed himself in one vain, dramatic, but fruitless demonstration of futility. Here, next to me, is the instrument that played the song that you’re listening now. This marked the passing of time, of our victory, with the Humans called this item, the piano!”