She stood still, arms raised towards the ceiling, bonded, held together, not allowing her to escape her chosen moment. She’d played most of his games, those annoying circumstances that had belittled her, annoyed her, angered her imagination as well as awoken something that she’d needed for a very, very long time. 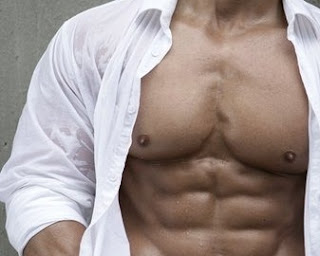 He was that masochistic bastard, the man that broke the mould, that had redefined her daily routine and freed her from boredom and despair. The nice guys, the trouble-free men, with their smiles and gratitude, just bored her to real actual tears. They’d say the right things, using all of the words that life had trained them to use, without ever stopping to realise that stimulation began with fire and a gentle tease. They knew what to say, often what to do, but this place was her decision and for once, she welcomed her captivator.

She looked at him, doing his thing and making her wait, as she tried to imagine the game he’d be creating within his head. He had her, hook, line, without even mentioning his rod once. She just wanted him inside of her but, instead, he simply wished to fuel his own gratuitous, deprived, sexual gratification of her humiliation. She had her shit together, working as she did, despite every morning being the same drawn out, withered expanse of vacant futility. He, on the other hand, brought forward her desire.

Each morning, each of the days apart from him, she’d wake to feel his presence around her. His touch, his damned tease, enabling each day to pass with speed until their next encounter. She wanted more, much more, despite the game being completely within his terms and demands.

He turned, smiling, showing her those damn eyes of his. Soft, gentle, hiding his thoughts which she’d come to seemingly understand. If she were honest, really honest, she had no idea of what happened within his mind. He seemed to be confused, contradictory, a conflicted individual, that knew which buttons she needed to be pressed. He’d sent her photos, to work, that he’d taken when she was being pleased by him. At first, with her pulse racing, she’d found the moment disturbing, disrespectful, yet, after a while, she gave in to his way of thinking. Life wasn’t worth living without being played with, on each and every single level.

He’d warned her, at the start, that she’d often feel the way she felt. Humiliated. An object. An entity to provide him with gratification and enjoyment. She didn’t seem to mind, now, seeing as she couldn’t escape even if she wanted to do so. She didn’t. She needed this. She could taste his kisses upon her whenever her mind’s control lapsed. She could feel him, around her, over her, during each of the days. At least with him, in this case, he was honest with what he intended to do and how he’d make her feel. She despised liars, those lies, that the others always seemed to use to get what they wanted.

He approached, removing his crisp shirt, still holding his gaze to hers. She just wanted him. Her eager, solemn filled face, begging for more. Something, anything, one step further, to make all of the things he’d done worthwhile. It had to be time. He moved around her, his fingers finding her top. She held the black rope as he pressed himself against her, from behind, ripping open her blouse. She could feel him, growing, becoming what she needed within her.

She felt his warm breath against her neck, as his hands moved down her front, to lift up her small skirt. She’d come prepared, ready, just in case he finally gave her what she wanted. He couldn’t deny her again, not after all of the moments they’d shared, the tease, the taunts and the humiliation. He’d denied himself, as he simply could not hide that from her.

His hands left her body, as she heard him remove the belt from around his pants, throwing it aside. The seconds moved, the moment lingering, as he slowly placed his body against hers. Again, the ceiling mounted rope tensed, her grip once again embracing the moment, as he entered her from behind. Her mouth opened, the moment made real, as she felt all of him. He moved, slowly, back and forth, as she felt herself embrace him within her.

She didn’t care about the humiliation. She didn’t care that he wasn’t quite the same as the others, as they bored her. She needed his fantasies. She wanted to provide his gratification as, truth be told, she was the exact same masochistic being as him.