At the start, we know, we knew, that we had a chance to make things work. The adventure of a lifetime, filled with kisses, affection and more. A lasting roller-coaster of emotion that could see us into the later years. I knew, we know, that we had to hold what we had with careful hands, like a new born, but instead we lambasted everything into oblivion. 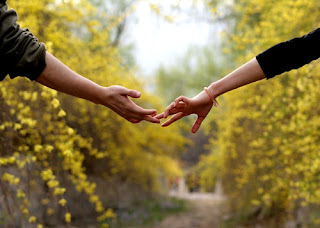 It’s a shame, it’s a sacrifice, it’s sacrilege to reminisce all the things that we said and didn't do. If I cast my net back to the past I can also see that some of the things that we did do, were just plainly unjustified and possibly cruel. A heart can be loved but, in the same breath, it can be crushed alive and kicked to the side quicker than the words, “I love you,” stop echoing from the halls of romance.

Previously I mentioned a roller-coaster, the ups and downs, not just in the bedroom where we should all experience the making of love, but in the negative sense. We feed, we throw around words designing to manipulate, to sever, to inflict pain, that are so seamless from normal life that it becomes the norm. When did it become practical to hold the hand of your loved one while, in the very next breath, state such negative threatening behaviour that you can see the heart struggle. It’s crippling, its depth knows all of the anger in the world, today, tomorrow and the next day.

It’s done, it’s gone, it has left our world, ready to be replaced with a kinder view, a hand that holds instead of brandishing words ready to scold.

At the start there’s smiles, there’s tenderness, as we listen to the stories of old. Some filled with laughter, some spoken of sadness, but mainly that chance to form something new. Personally, when I'm here thinking of such things, I’d rather keep the past where it’s passed from view. It’s done, gone, over, left behind and no longer of use. I’d rather not speak of such things, the loves of old, instead moving with a view of creating a new set of memories with someone new. Why embrace the failed nature of things? We've lived there, been there, survived and moved forward. Do we need to embrace a new heart with stories of something broken?

Of course we do. It’s nature, it’s how things have been defined. Create a connection via shared failings, broken hearts, wishing and escalating the very chance to find something that’ll fix us, define us, move us forward. Two hearts can beat as one yet, as we've found, one heart need not stifle the other. It happens, it’s happening now, a person’s opinion being silenced in the vain effort to always be correct. No-one, never, should ever, dismiss someone’s thoughts when they don’t correlate to theirs. That isn't love, this isn't the way of understanding, as it’s cruel and demanding. Childish even.

Let love speak, let it breath, let it escape into the hearts of every single person we meet on a daily basis. Heck, we can manage to be ever so pleasant to strangers yet vile and disgusting to the ones that hold our very hand. Where can this possibly come from? Where does it hide?

At the start, we realise, we experience, the very chance to make something magical. It’s an adventure waiting to happen, filled with wide open eyes and kissing lips. A lasting rise of emotion that should see us into our later years. I realise, we experience, holding a new hand, with wishes of something amazing but, instead, we sometimes destroy the very thing that we really, really need.

Written last month but not finished until today.
Posted by Damian Jones at 05:12