I'm barely breathing, only just existing, knowing that I'm so close to you. I know that touching skin, with the smoothest of fingertips, the most tender touch, can be invigorating, but feeling your body pressed against mine is making my entire person fall into some type of abyss.  I know the word abyss sounds daunting, even ominous, but it’s the kind of abyss that you’d never, ever, want to escape from. 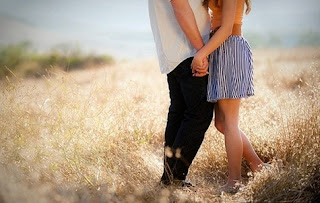 I met you, only the other month, while out walking. It was raining, on that day of days, when you appeared from the other direction, crying. Normally I’d just carry on walking, wondering why you looked so forlorn, but I couldn't do that on this occasion and I still don’t know why. I didn't see your actual tears, because of the rain, until you stopped but I could see the pain etched across your face.

I asked if you were okay, with the kind intent in my voice, my persona exemplifying the care that I was feeling, to which you replied. You stated that you were, fine, perfectly okay, while crying that little bit more as the emotion escaped into the world. The rain didn't make it any better, with the chill drilling into your shoulders, so I did something else that I’d not normally do and that’s how we ended up in the coffee shop.

That coffee shop. We had some fancy coffee concoction and I'm not even sure if it contained any coffee. Whipped cream, chocolate, a truthful conversation, smiles, laughs, levels reached and boundaries be damned. You proclaimed that you’d been more honest with me, in those hours, than you’d been with any lover, Brother, Sister or Mother, in your life. Each word a connection, a moment, a place that exists in both our minds that made us smile. You admitted everything, your fears as a woman in this world, what lovers had failed to provide, what you didn't mind and, of course, what you most desired in this existence. You wanted love, to make love, the house, the family and, above all, to make those babies that were promised to you over and over again.

Then, from nowhere, you returned to that very place. We mentally explored the things said to each other, recalled each other over the following days, until one of us was brave enough to send that bubble of text. Reaching out, reaching forward, extending the chance to create another selection of moments. I enjoyed the honesty, I endeared your smile into my soul. Silly, stupidity at the highest point, but we both had dreams, had those hopes that something… existed. It’s a horrible thing, it’s a turn of fate, when the years vanish before us and we’re left with limited choices and chances. Fate, on the other hand, does work in mysterious ways and never, ever, plays by the rules you want.

We met, again, then again, exclaiming the values, the wants, the desires, that we’d wished that we’d have been brave enough to mention in past lives. We looked at each other in the way that the lovers were meant to view. Passion, desire, that wanton feeling, the bodies getting closer and closer as the minds connect. There was also some soul involved but there would be time for that at a later date. Right then, in those precious seconds of frail bonding, we had our hearts, minds and bodies to think about. Soul mates be damned as brain and bed mates had to make an appearance first.

Then, like that magic created each day within this very world, with the same said rain pounding down onto the roof of a small little room, we did what came natural. No music, all sounds banned, just emotion. Every single little motion that had been burning within, hidden away for year upon year, exploded over the both of us as we finally let go. Free, no bounds, yet, holding us back. We simply couldn't understand why we’d never held another in the fashion that we did on that night, over the days, the months, the years and seconds.

The natural order evolved into our lives. We held hands, we often escaped to new places, exploring, still realising that we had a lifetime of memories to exchange, to explore and enjoy. We created a life, the two of us. Then another. The two became four. The years flew away with ease, the many laughs sometimes arriving to tears, but that was life. We stayed strong as we’d bonded strong and, above all things no matter the storm or danger, we carried on holding hands. I never raised a hand to you, you never raised your voice to mine, which kept that respect forever.

I'm here now, beside you, nearing the end, the journey of our lives and loves. You were, you are, will always be, the love of my entire life. I never wanted to escape you. We never left each other alone. Now, as I've said, we've reached the later years of life. I love and adore you. I need and miss you often. I cannot let go, will never let go.

Thank you, from the bottom of my very heart, for being you. For being there, on that day, when the rain fell into our lives and our hearts fell into each other. You are and will always be, my everything.