Mathew stood by the old dusty mirrored cabinet, solemn, reminiscing of moments long gone. Behind him, after removing the dust cover, his grandson sat silently staring at his mobile phone. The youth of the moment, occupied, creating different memories that would all fade with time. Smiling, while turning to face the cabinet, he closed his eyes for a few seconds. Searching. Recalling. Remembering the moments spent in this very place. 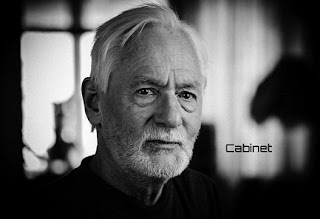 For many, many years, each day, she’d return home and stand in this very spot, just in front of the cabinet. Those days were filled with laughter, flirting, kisses and much, much more. He could almost sense her perfume drifting through the air, filling him with warmth and the image of her. He returned to the very moment, on that special day, when he first spoke the words within his heart.

She’d arrived home, on the dot as she was a punctual person, wearing one of her beautiful outfits. Her hair, flowing as usual, with her smile lifting his mood, heart, body and mind. If they were together as one, she, without question, would be the best part of his life. Everything changed once she’d arrived. He’d wrapped his arms around her, pressing himself to her, kissing her neck softly, the moments of warmth embracing the both of them. At that very moment, for some unknown reason, he looked into the cabinet’s mirror and simply blurted, “I love you!”

The world stopped. Her expression changing, her eyes softening, she turned to kiss him deeper than he’d possibly been kissed before. He had never imagined that would happen as, being truthful, he had no idea what would happen. He’d known how he felt for the longest of months. He’d wanted to say the words so many times, but waited. Waited until it became too much to hold inside of him. He’d practised saying the words, in this very spot, when he was on his own. “I love you.  I… love you. I love… you!”  No matter how he said the words, they seemed empty, vacant, said within a moment that simply didn't seem worthy without her being present. He wanted to say more, to express, to explain, but he didn't have a chance until later.

They’d made love the very next second. Filling each other’s worlds with the heightened emotion created from those three small, important, frightening, craze filled words. It was different, touching, holding each other, when you knew that each of you cared to that level. That place. He’d never regretted any single second with her, standing beside her, holding her hand until that day they had no choice but to part. Life, as they said, was transitory. Love while you could, for today, was but the possibility of your last moment.

Mathew smiled again, running a finger along the edge of the cabinet, brushing his fingers together to remove the thick dust. This place, this very spot, could possibly be the most important and influential place within his entire life. This was where she first turned to him, smiling, with a deep fear within her eyes as well as vibrant hope for the future. She was pregnant, their first, their love becoming something real within the world. He nearly fell to his knees with joy, a few tears appearing, as they both cried while kissing each other with happiness.

There had been further tears. Of joy. Sadness. Tears of life, the etching of moments that could never be removed from either of their hearts. He believed in a better way, they both did. They lived within such a world that the both of them created.

Turning, while stepping away from the cabinet, he removed a dust sheet from the chair next to his grandson. “What are you looking at?” he asked with genuine inquisitiveness, as he watched his grandson’s fingers zoom across the screen, like some deranged person.
“I'm breaking the bubbles with my fingers. On level 32!”

Mathew shook his head, wondering what would become of them all, as the game on the screen ended. It was time for a new adventure, despite his age, which would encompass all new things, “Can I play?” asked Mathew, as the phone quickly found his hands. Pressing the screen to start, the bubbles soon popped.

He missed this place. He missed her. More than anything within this world, but life was life and he knew the order of things. Even though this place, full of memories and moments, would soon form new memories for the new owners, he’d made sure that the one item, that one item that meant so much to the both of them, would stay with him until his very last breath. The cabinet.