The figure eight. Never ending, circular, binding a person to a set path that repeats again and again. He’d told her, said to her, brandished his words with earnest certainty, to which she pushed aside and gladly ignored. He’d warned her, chastised her obvious thoughts, but that was a worthless exercise. 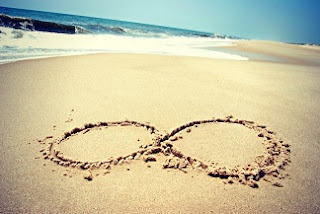 Lying there, wrapped within his soft sheets of pure fabric, she felt comforted, cushioned, held so tightly by the fake assumptions she’d created within her mind. She’d hold onto anything, everything, if he’d let her, but that wasn’t for her to decide and she damn well knew it to be true. She’d tasted him, felt him pressed against her, above, below, behind or on her knees, it mattered not. She simply wished for more.

This was a drug, to her, and he knew it. If someone asked her to walk amongst a nest of vipers, she’d decline the salacious offer and envelop herself, once again, within her boredom. This was the very reason why she found him so very, very tempestuous. He walked into the room and the very air seemed to stop. She’d heard a few stories, over the years, of old wives’ tales concerning such men. They existed to tempt, to take, to quench their own inner demons of greed, debauchery and wanton neglect.

If they were true, to be taken as fact, at least this person wished to warn her. Amongst the deep kisses, the heavenly wishes, he wished to warn her.  Within the moments where she felt her body lose all control as he moved himself within, again and again until she could hardly speak, he wanted to warn her. From all the sordid seconds, where he’d used her lips to satisfy all the lengths he could fathom, he truly tried to warn her.

He’d growled, bruised, bitten and held nearly every inch of her body. If he were the sum of all her life’s sins, then he’d have consumed her very soul and washed away every deed contained within. He wasn’t evil, apart from the way he looked, whilst sitting across from her at his small table. Even the way he drank his cup of tea, as he looked into her eyes, made her think that she was the actual drink. He’d finish whatever he was doing, standing there with absolutely no shame or reservation, presenting himself in all his glory. He knew what he was, what he portrayed within the darkness of her waking nights.

He’d once sat with her, the fleeting moments of conversation becoming forgotten memories, after he did his thing. He’d talk, for a few moments, asking about her day. She’d speak the words, he’d listen, but never return anything. He was a mystery, a moment that she knew may never, ever last. It wasn’t enough and that, as he’d tried to state, would be all she’d ever have. She’d proclaim that he was using her, just taking what he wanted and then opening the door for her to leave, but in truth, if she were to be honest, she wanted him to use her again and again if it were to be like this. It hurt. She’d long for him, during the calm days, waiting for the rampantly vagarious nights.

She wanted more, much more, but she was afraid that what she did have, would be taken away. She didn’t want normal. She didn’t want to live the same life every single day, despite the calm and collective nature of things. She wanted a lover, a person to truly find her buttons, all of the switches within, and to then press them until her lips literally trembled. But this was nothing more, nothing less, than that figure of his. Never ending, circular, binding a person to a set path that repeated. He’d told her, said to her, brandished his words with earnest certainty, to which she pushed aside. He’d warned her, chastised her obvious thoughts, but that was a worthless exercise. She was, would always be, that 8.