She held the wine glass against her lips, drinking, tasting, as she more or less gulped the remaining liquid. That first glass after a heavy day did wonders, relaxing her, asking her to simply escape and forget the events of the day behind her. She poured another glass as she looked at the small cake, not quite to the top, but near enough. It was that day, the day, when the star-crossed lovers all around her bleated on and on about how wonderful their partner is, despite spending quite a few days of the year feeling miserable. 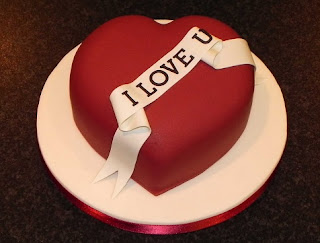 She didn’t envy them as she, instead, preferred to see through the clear reality of things. Nothing was perfect and never, ever, would they be. She looked at the chair across from her, the top appearing over the small table that currently featured a bottle of wine, a glass, as well as a small little cake for her loved one. She started to reminisce, to return to the days now faded. As her mind moved into her memories, she recalled a few previous love affairs that had once sat across from her.

David. He was the smart one, intelligent, witty, with the correcting manner of a teacher. She understood his desire to correct, to teach, but his understanding seemed to be limited to his own way of doing things, instead of appreciating that everyone wouldn’t follow the same path. Even in bed, she often felt like a mechanical part of a process. He didn’t last long, in either sense of the thought. She let out a small laugh, as the wine once again touched her lips.

Robert. Rob to his friends. He was the cheeky chap, the fun filled laugh a minute type, that was a blast to be around. He adored an audience, wished to be the centre of attention, no matter the location, or people around him. At first it was quite alluring, meeting all of his friends, the million and one people that he knew. Then, after a while, she’d realised that his attention would never, ever, be fully focused on what they were doing. She didn’t ask for a lot, at any point in time, but she simply wished for his time.

Gaz. The tech wizard, the social artist that wished to be the influencer of people. It would have worked, as he listened, honestly, genuinely, listened to her. She enjoyed his company, when his head wasn’t firmly stuck to his mobile phone. Online, somewhere else, far away, pleasing the many when the few would sustain. She had, at this point, become sick of being hidden and feeling second best.

Simon. She had to admit it, to herself, her neighbours, her friends and to her family. He was pretty. So damn, perfectly, deliciously pretty. She could hardly even look at him without something inside wishing to melt. He had the body of an athlete and the appetite to match. The days stretched to nights and his near never-ending insatiability knocked her from her darn feet.  He was a keeper, despite somehow always feeling like the Beast within the Beauty of the play. He was, however, also loving two other women at the very same time. He was, in all ways, a complete dog.

Richard. The one. That one. The person that you somehow never forget. He was perfect. Down to earth, sociable, but by her side when needed. He listened but didn’t take any of her idiotic ramblings. Straight talking, sensitive and the man she needed in her life. He was lost to her, the day he finally realised that she’d been damaged by the others, the ripples of time finally causing a rift between the two of them. If she’d have resolved her issues, or at least tried instead of hiding, it might have worked. Instead, she hid from herself and in turn, lost him.

Finishing the glass of wine, which allowed her thoughts to fade away, she leaned forward to open the small box that was sat on the table. The plastic inner packaging was placed to the side, to position the small cake onto the edible paper plate. She’d found a new love, an honest love, the type of love that would last until either of their dying breaths and, thankfully, they missed each other every single day.

She tapped a spoon against the side of the table, the racket echoing through the house. She listened, the silence saying what it needed to say, as she heard the thundering from the stairs. She often winced at the speed to which he flew down the stairs and, thankfully, she knew that he’d always be okay.

She smiled as he entered the kitchen, panting, jumping onto the chair to smash his face into the cake. His big bright eyes, the silly long tongue, all warming her soul. He looked up, the cake demolished within a few seconds, as he licked his lips. This male in front of her, would never let her down. He was the only dog she’d ever allow into her life from this moment on and if he were a good boy, he would have his cake and eat it.