Daniel listened to each and every single sound emanating from within the room, the nuance, every emotion and meaning. He’d always done this, ever since the very start of losing his sight. He recalled the months, ever so often, as he witnessed the events unfold before him. He was young, with tender emotions, but for some reason he embraced the life changing event with as much strength and understanding he could find. 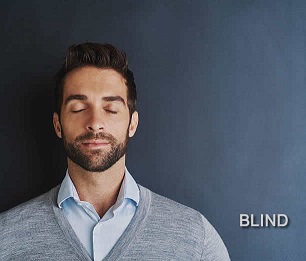 He was around the age of 14, his life being one still surrounded by toys, adventures, as well as his own imagination creating such vivid stories that his parents would swear that he’d lived many, many previous lives. At first, as with many things, the small signs were there. The tunnel vision, the infrequent headaches, as well as the random emotional moments from his parents. He recalled the tests, the questions, as well as the near never-ending emotional spiral of the people around him.

On the last day, the very last day before his world fell into darkness, he held the picture of his Mother’s face within his mind and burned the image into his memory. He could picture her, right at this very moment, with but a thought. Even upon the day she’d left, holding her hand, he witnessed her smiling, caring, loving face throughout that unforgettable time of his life.

Daniel pushed the thoughts from the moment and returned to the present. Listening, wondering, excited about the transpiring events. Today would be a special day, a momentous day, even if it were to be for the shortest of minutes.

“Are you comfortable?” asked the nurse, as he felt his Wife’s hand touch his fingers. He held her hand in his, moving his head to face her, smiling, knowing what was about to hopefully happen. He could feel her smile, as well as the tension within her own body. He was attuned to her, connected, in a way that someone with actual sight may never appreciate. He listened to her breathing, sensed her trepidation, to which he squeezed her hand for a brief second.

He could also hear various people, hustling and bustling within the room, preparing and ready to move forward with the procedure. This was the day, the very singular day, that might just allow him to see for the first time in so many years. It wouldn’t be permanent, with the quoted time being minutes, but that was worth the pain and disturbance to his daily life. ‘Experimental’, they’d called it. He was, basically, a willing and eager participant.

He felt hands upon the sides of his head, gently moving him into some type of device, which would steady him through the procedure. He could hear his heart, ticking away, moving that bit faster with anticipation as his head was secured.

“Okay, Daniel, we’re about to place the two path finders just below your eyes. You will feel a small amount of discomfort, which will then allow us to stimulate your central retinal vein, as well as the optic disk.”

Daniel responded, ready, willing, possibly able as he reminded himself to stay grounded. It would be a temporary, transient, gift from whatever gods existed out there in the world.

The nurse placed her hand onto his shoulder and, gently, squeezed, “Ready?” Daniel responded once again, as he heard the button being pressed. A second escaped from the silent room, with all breathing and noises seemingly vanishing within the expectant moment. Then, all at once, he felt the mild sensation and moderate pain from the back of each eye. He wanted to move away, raise his hands to protect himself, but there was nothing to protect as the pain was from within. He pressed his head against the head brace, pressing his teeth together as the second stretched to three seconds. Four. Then five.

Another second appeared then vanished, as the pain stopped, and the two path finders moved from his skin. He could, once again, hear his wife’s breath. Stoic, also expectant and hopeful, as he closed his eyes. The nurse removed the head restraint as Daniel firmly kept his eyes closed. He felt the fear grow from within, the odd feeling rising from nowhere, as the thought of seeing again scared him to death. The very thing he’d wanted, despite accepting his life placement, could possibly be his again.

He blinked, feeling the sensation of sight, as the light from the room entered his eyes. The nurse, to the side of him, placed dark glasses over his eyes for protection.

“Please gently open your eyes, so they can adjust!”

He heard the words. Embraced them. Holding them close as he gently opened his eyes. He moved his head back, just a little, as the room formed in front of him. It worked. It had worked. He felt the overwhelming emotion rise from within, the fear vanishing, as his heart pounded against his chest. He’d thought about this day for months, wondering what he would do and, at that second, he remembered.

He’d never once, since the day they’d met, seen each other. The woman that married him, the person that held him, that made love with him, was right by his side and, despite the world being a place that he’d dreamt of seeing again, he’d decided to be realistic and to embrace this one chance to see her. He had felt the trepidation of the moment, but life itself was never to be feared when you simply could not see.

He blinked another few times, as he felt doubt rise from within him but, instead, he pushed the thoughts aside and turned his head to see her. His Emily, his wife, his partner, his everything within his world. He focused, her eyes being the first eyes he’d seen since his childhood days. Her image, her full face, her hair and her smile registered within his mind and within seconds he felt the tears appear. He couldn’t believe what he was seeing, the person standing right next to his bed, the very individual that had married him and stayed beside him for the longest time.

Emily leaned forward, placing her other hand against his cheek, her own tears starting to form, “You can see me!”

Daniel nodded, his ever-growing smile beaming from his face, until his own fears appeared within his mind. “You’re so beautiful! The most beautiful person I’ve seen. Why would you stay with me when I cannot see you?”

Emily, placing her forehead against his, whispered her reply, “Every day I hear you, I feel you, despite the fact that you cannot see, you’ve never wavered and you’ve stood tall. Even when lost you’ve remained calm. You’re every bit the man I’ve wanted since the day I met you and you have always, always, proven that you love me!” She moved her head away from his, returning to gently kiss his lips, as she continued to reply with the thoughts she’d held within for years, “I made a choice to marry you, to be with you, and I knew that I was making the right choice. You only had half a choice. I could look like anyone, yet you wanted to be with me. I’ve always wondered if you would like me, if you ever saw me. I’ve always wanted to know if you’d love me for how I looked and not because of the way I sound or feel.”

Daniel continued to look at her, with all the strength he could find to continue focussing. He studied the curves upon her face, her nose, the glowing hair and the motion of her lips as she spoke. He needed to remember her image. For forever and a day.

“Why don’t you have a look outside?” she asked with genuine inquisitiveness.

Daniel, standing from the bed, placed his hands into hers as he replied, “I don’t care about what’s out there. I only have a few minutes to see you and I want to spend that time looking at you. You mean the most to me in this entire world!  I’ve always dreamt of how you’d look. Your beautiful hair, your smile.”

The seconds escaped the both of them as they talked, as they laughed, until Daniel felt a sensation at the back of his eyes. He felt his focus start to fade, as her image fell away to the black emptiness again. He tried to grasp at the remaining seconds, to hold her face within his mind, forcing whatever life that had been restored, to stay another second. Emily could see his face change, from one of joy, to the cold realisation and loss of something so very, very precious. It had worked. They had all accomplished what they’d set out to create, with the cold ending being realised.

Daniel smiled a small, quick smile, being as brave as he could as he reached behind him to find the bed. He stepped back, sitting, relaxing his body as he came to terms with the events of the last few minutes. A miracle, of sorts, with the bittersweet ending becoming as real as the images that he’d just witnessed.

Emily stepped forward, placing his head against her chest, “All I ever need is to feel and hear your heart. You have always felt right, to me. Always!”

Daniel raised his head a little, embracing her warmth, as he replied, “Well, you know what they say, love is blind. Always will be!”