The Drift, drifting, or drifters as we were all eventually known, started in the early 2040s. Society was bored, lethargic, depressed, and repressed by the constant bombardment of the woke agenda and mainstream media, only having the interests of the highest paying conglomerate. From nowhere, this seemingly new technology appeared that changed life as we knew it. 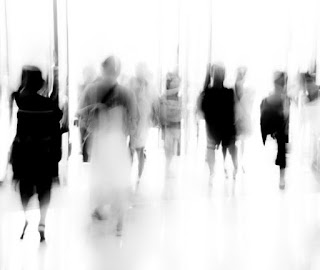 You would call it teleporting, but it was not like that. We’d figure out a way to accelerate, to mass displace every single atom within your body, from one place, to the other within moments. Four hundred miles would take a person 14.7 seconds. Point to point. Place to place. It was eye opening, body moving and emotionally exciting. Within weeks, the entire planet felt the excitement.

You stepped into a cubicle, which would eventually become placement sections upon the ground and, a few seconds later, you’d appear from a central location at the other end. Nodes, as they were called, were created within every single major city across the country. The world. As time moved forward, sNodes appeared at the end of nearly every single street, all pointing towards the Node of your choice. Want to be in Paris within 30 seconds? It was possible. The pure freedom was simply enlightening.

The young, old, medium and far more could be achieved within the acceleration of an eye. World commerce and communication improved. Families spread far and wide, with the knowledge that home was but a moment away.

Then, the greed settled into the equation. Technology wasn’t cheap and it never would be. At first, they started with the monthly sum, then the drift charge, with over four billion active Drifters, being charged every single drift. The profit was astronomical. As time moved forward, the greed and disparity increased. The sNodes were upgraded to stagger use. Wait times increased and, of course, the more you subbed, the quicker you’d arrive. Foreign travel was, once more, seemingly restricted with higher charges.

New opportunities arose from within the greed laden initiatives. Vitamin boosters applied to your body as you drifted, appeared at additional cost. You could have entire television shows added to your cerebral cortex, as well as having the fat removed from whatever, or wherever you desired. The à la carte nature of menu selections increased, as did the incredible wealth of anyone involved.

Then, the real issues appeared. The options to change the rna and dna of a drifter become the golden option of the rich and famous. Ever so slightly faster, stronger, defined and more than refined mental processing. The divide between the people increased ever so slightly. The general public watched as they became second class citizens within the space of eight years. The bus to the private jet. The have to the have not.

Eventually, through mass media manipulation, inoculations were accepted and administered to every Drifter that used the service. The risk of an epidemic, caused by world travel, threatened at every opportunity. A few resisted, creating their own sectional sNodes that bypassed the standard infrastructure, but even then, dna checkers were initiated within the nodes. It became law, a crime, to resist the initiated control. We resisted further, by taping dna packs from adjusted animal slithers to our bodies. We succeeded, for a while, until additional controls appeared. There was no way to escape the greed implemented by the few in control of the many. It was inevitable.

As the years moved forward, mutations started to appear within the next generation. Not from Drifting, but from the re-sampled, reconfigured genetics. We wanted to improve the human race, to remove the cancers of life, yet we forgot that even the smallest change would bring repercussions. It was denied, pushed aside, as thousands died. It was hidden, masked, removed from sight as the mass media received their brown envelopes of devotion and compliance.

The few that resisted, were found and forced to reproduce. The human race seemingly pushed to reset with standard genetics and characteristics. It was all ignored. Drifting improved the entire planet, but greed and human nature, once again, ensured that we drifted in more ways than one.