The car engine purred with powerful ease, the 420bhp, 6 cylinder engine resting, eager to actually move forward and drive. Samson, calmly sending an email from his phone, assured himself that all affairs were resolved. Up to date, ready, feeling a small amount of calm, he returned the phone to its flight mode and placed it within the small holder to the side of the stereo arrangement. 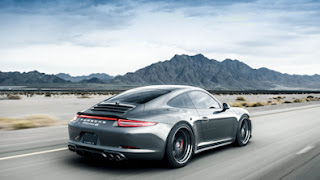 The burden of his affairs, his day to day life, now resolved, he knew that he had a few brief minutes before someone, somehow, managed to place further weight upon his tired mind. He looked at his watch, focusing onto the small numbers displaying his heart rate. Seventy-two beats per minute. He wouldn't actually wish to state that he was relaxed but, looking within, he was. Usually he’d feel that his heart was screaming, begging, wishing for him to relax but this was the world that he lived within. The darkness, the shear black void, often threatened to overcome his sanity.

The calm moved forward, sifting through the sadness, calm removing his emotions to create that emotionless void within. He’d been thinking, for the longest time, of ways to possibly resolve his issues, to truly escape the life that he lived within. He was an intelligent man, a thinking man, but no matter what or where his mind envisioned, it all came down to one sentence that defined his very issue. He could not deny this situation, as it rested upon everyone within his life being better off without him. It was a startling revelation, a nexus where all ideals and issues met.

Closing his eyes, for a few brief moments, he exhaled and again felt the calm within him. He was sorry, had felt those feelings, but the decision had been made. He’d ensured that certain aspects of his life were taken care of, the family, the youngsters, with no excuses being afforded to him, or them.  He’d side stepped the idea of leaving notes, letters, words to offer a certain level of peace or comfort. This moment, the next few moments, would be a simple exercise that could be explained by anyone.

He did want to stay, he didn't want to miss their faces, their memories and even kisses but that wasn't enough. He’d tried to talk, tried to involve others but the thoughts within his heart, mind and soul, were far, far too heavy. This moment, truly, was the only moment he had left.

Leaning slightly to his left he pushed the button to activate the auto-tracking feature of the car. Rotating the dial, menus moving forward, he found the setting that monitored the car’s speed and deactivated the feature. His mind cleared of all thoughts, the steady clarity of feeling and thinking ‘nothing’, eased him, clarified his intentions, no longer allowing the darkness into his mind. For the longest time he’d felt the weight of the world upon his shoulders and now, right now, that burden seemed to no longer exist.

With ease he shifted the car into drive, engaging the PDK gearbox. He’d picked this road, specifically this road, due to having a straight line to the end with no risk of hurting another person. Pressing his foot onto the peddle he felt the smooth acceleration as he reached over ninety miles per hour in nine seconds. His heartbeat, while relaxed, seemed to ease that little bit further than he’d known for the longest of times. He felt the world fade away, the silence surrounding him, as the road’s end appeared in the distance. Ahead he could see the thick slab of concrete.

Sparks of thought started to invade his mind, the clarity descending once again into the darkness of his thoughts. He wanted to stay, he wanted to be a part of something, but that despair, the desperation of being trapped within his own life, just kept on pushing him further and further away from everything he loved. He wanted to love, he wanted to feel, but to feel anything other than sadness seemed to be so far, far away.

Within the blink of an eye he asked himself one question. He knew that he had a hundred reasons to leave this world, all etched within his thoughts, constantly beating him to the ground, but all he needed was one reason, one solitary rescue from the weight that he held. He needed that one thought that ensured he lived. He asked himself, “Do I have anything worth living for?” and in that one moment he could see the smiles on his children’s faces. He could hear their laughter, feel their embrace and understand the warmth that they provided. Snapping back to the present, the millisecond it took to press the break peddle, he knew that it wouldn't save him from the collision.

He realised that if he hit the concrete head on, despite the four-piston mono-bloc aluminium fixed callipers straining to slow the car, he’d instantly die. With all his strength he violently jerked the steering wheel to the left and, instantly, back to the right. The rear end swung and, thankfully, the car hit the block sideways sending it spinning into the air.

As the air bags hit him from various angles the world seemed to pause. The car kept on spinning, his nose breaking the moment the bag struck his face, one hand pressing against the driver’s door and the other floating in mid-air. The pause quickly ended as the car hit the ground, thankfully coming to rest upside down. For a brief moment his ears stung, the crash and noise deafening him.

Pressed against the seat belt, upside down, blood dripping from his nose, he opened his eyes and quickly gathered his senses. He wiggled his toes, then fingers, thankful that he wasn't in a serious state. He felt nothing, no pain, no emotion, just the eagerness to drag himself from the car. Moving his arm, placing his hand onto the ceiling, he pressed the seat belt ejector and gently lowered himself onto the inner roof. Blinking a few times, holding his broken nose, the pain started to appear from various parts of his body. He knew that he’d have seat belt cuts but, right now, that wasn't important. He pressed the door handle, which wouldn't open. He reached across to the other door which, to his fear, also wouldn't open. He didn't want to panic, not in this second, especially as he could smell petrol fumes.

His last option, being better than no option, would be the rear window. Glancing to the rear, he looked to his side and removed his phone from the holder and started to crawl towards the rear of the car. The window had broken, more or less no glass remaining, which made sliding through the reasonably thin exit acceptable. He didn't really care as long as he escaped. On his stomach, the pain starting to increase, he dragged himself onto the thin grass and carried on for a few metres.

Finally resting, breathing heavily, the stress managing to crack through his resolve, he placed his head against the ground and closed his eyes. He knew, he damn well knew, that things had to change. He alone owned sole responsibility for his own existence. He knew that he was trapped, trapped within his life, his circumstance, his very way of living, but that didn't mean that he should simply do what he intended to do.

As he removed the flight mode on his phone, realising that he could change, he dialled the emergency services and vowed to himself, vowed to everyone and everything, that he would simply make a change. He would seek rescue, he would talk, he would take action to rectify the many, many, dark, weighted, horrendous thoughts within his mind. All he had to do, even once, was to live. To breath. To enjoy. To see the beauty of life and what could actually become of his life. Despite the pain, despite the possibility of having a broken leg, as well as a nose, he smiled and then, from nowhere, he started to sob.

Finally, after all this time, he wanted to live. He wanted to carry on.