“I’ve never seen anything like this in my entire life!” said Harold, as he removed his hands from the gloves attached to the glass box. Removing his glasses, coughing a few times, he looked grim while expressing everything needed to be said in one look. The people gathered within the small room, all silent, seemingly waiting for Harold to continue which, thankfully, he did,
“As a botanist I can state that this flower, this plant, is no different from any other garden variety. But, as you’re all aware, there’s one difference. The pollen has been altered.” 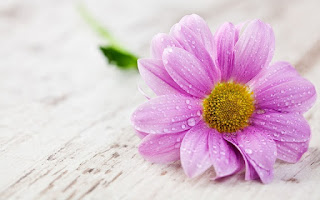 A few people, looking confused, probably from only just being invited to such a meeting, looked at each other around the room. Eventually, someone looking important, finally spoke, “If you could explain the process please Doctor?” To which Harold nodded, putting his glasses back on, only to tilt his head forward to look over the rims.
“A large part of the population are allergic to pollen, due to their immune system trying to help their cells. This causes inflammation, causing tears, sinus issues as well as throat. The respiratory system can also have a difficult time as can skin, gastrointestinal system, resulting in headaches, fatigue and irritability. This can be through the very air or even food,” Harold paused, taking a small breath from throwing forward so many words, “…but in this case, it somehow forces the body to lose nerve sensitivity, nerve impulses and commands. A total paralysis of your body from the toes and fingers moving forward to motor control and finally your brain. This is a living sentence, for people afflicted, as you’re very much alive but unable to move. At all. You’re trapped within your very body waiting to die.”

As Harold finished speaking the seriousness finally appeared upon all of their faces, catching up to current events, understanding but not quite knowing what to do next. “Is there a cure?” said someone at the back of the room.
“I’m afraid not. It’s already in the air, spreading. All lab subjects, bar one, succumbed to the condition within four days. How many cases are we looking at, so far?” Harold looked from face to face, searching for the person that knew, as another random individual opened a folder to finally answer,
“So far there has been 4,000 cases, all described as a natural cause death, with 80 confirmed people being kept alive in our hospitals!”

More silence descended over the room, again burdened with a situation that was far from ordinary. Harold, taking in the information, quickly arrived at a conclusion, “Same area?”
“Over a 200 mile radius”
“Then it’s far too late. Pollen can travel as far as 22 miles away from the source. Unknown for GM crops, which is a possible source for this.”
“Is there anything we can do?” another voice exclaimed.
“Lock yourself into a sealed and filtered room as soon as possible. Drive a car with a pollen filter and especially wear pollen filtering headgear!” stated Harold with a wry sarcasm.

Nodding to each person that looked his way, he turned and walked towards the door. As he opened the door to leave, another person spoke with confusion, “Where are you going?” Harold, amused, looked over to the group, replied,
“I’m going home to kiss my backside goodbye. We all thought that we’d go out in a large nuclear fireball but whomever created this is one crazy, sadistic, son of a bitch. There’s no escaping this one… unless you’re lucky enough to be that one lab rat that managed to escape a living death!  Goodnight to all of you!”

As the door closed behind him, Harold reached into his satchel, pulling out a pollen mask. His plan had worked and soon, very soon, the entire world would reset and they could start again. All from a beautiful flower.
Posted by Damian Jones at 04:29