Stepping over a lifeless body, Samuel stopped, for the briefest second, listening, before moving at speed not normally possible. He’d made a promise and, once made, he swore to never, ever, break that promise. True to form, doing as he should, that was why he was here right now. Making things right. 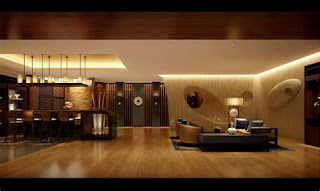 He didn't need help, any assistance, despite the overwhelming odds, as this is what he did and he did it well. Problems were only solutions in disguise, the never-ending development of change, adaption, overcoming and progressing. Strive, learn, change, become more and move forward. Even if he did have to take backward steps, towards what once was, he’d make sure that they were necessary.

They’d taken her, from him, in the middle of the damn night. Cowards, hiding within the lack of light within this world, which was something that he couldn't abide by. They, for that, deserved no quarter or haven. Whomever stood within his way, on this day, would soon stand apart while facing down on the cold, hard, soulless floor.

At first, he’d played it smart, scoped the scene, felt the air around him, used the strongest weapon he had at his disposal and that weapon, above all, meant that he could accomplish anything. His mind studied muscle, the development, the pure science behind such things, which resulted in the suit he was wearing right now. Tiny electrodes, placed at strategic locations across his musculature, along with a small amount of technical know-how, removed the mental safeguards that kept him from using the near full force of available strength. The boost, from adrenalized flooding, already meant that he was beyond a normal person but, with the additions, he truly could move faster, stronger, than biology allowed.

Shaking his hand, the skin around his fingers feeling the effects of exertion, he stepped back with his left leg and bent over backwards as the baton flew inches from his face. They were fast, trained, lethally so, but they were outmatched. As the baton moved in front of his face his right arm moved up to grab mid flight, stepping back once more literally lifting the guard off of the floor only to be brought down to an elbow upper-cut. Out cold the guard slammed to the floor.

Only one more door to smash through, a few more seconds before he reached her, knowing that he’d left this for far too long. Before he reached the doors they automatically opened, inviting him, tempting him to step forward. He did, with no fear, as fear didn't matter one small bit when all you cared about was another person’s safety.

Looking across the room, barren white walls all around him, his eyes focused onto her face. A sudden rush of emotion hit, embraced him, blinding him to the punch that knocked him to the floor. Shaking his head, the light blacking in and out, as he strained against the fact that his brain had literally just moved inside his head. Trauma, neurotransmitters overloaded, he closed his eyes and screamed as hard as he could. He had seconds, mere seconds before they’d be upon him and that simply wouldn't do.

The moment his eyes opened again he moved like lightning, blood literally flying through his body once again driven by adrenaline. In front of him stood one single, solitary, individual. As he fought the concussion threatening to overwhelm him, with the seconds afforded to him, he took in every single detail. In front of him stood a large man, strong, built, probably the last line, focused on obliterating anything that walked through the door.  Giving his head one last mild shake Samuel stepped forward.

With dramatic speed he jabbed, as the man easily moved his upper body to the side and, as he leaned, brought forward his right fist into Samuel’s waist. It hurt. It hurt far more than anything he’d experience before and, as he stumbled backwards, he exhaled and coughed.

Surprised, despite his advantages, he didn't truly expect something like this. Confidence, as he knew, could be your ally or demon. Raising his arms the punches arrived thick and fast. He felt the bruises quickly form, as the elbows hit his skin, smashing into his bones, blood starting to appear from the various cuts.  Through the gap he could see her, waiting, a defiant look in her face. He knew that she wouldn't have gone with them without a fight. She was ferocious, a fiery flame filled fireball of anger, love, passion and thought.

Seeing her, the look on her face, fuelled him, pushed him, to break his defensive stance. As a fist flew he moved forward, to the side, narrowly missing the fist meant for his face. With as much strength, as his adjusted frame could find, he moved to his side smashing his shoulder into the assailant’s body while grabbing the outstretched arm, pulling the guy back before he even had a chance to fly backwards. The body to his side jolted as he brought his shoulder up into the man’s chin and, immediately after, letting go to spin around with a left punch. The man fell, unconscious, to the floor.

Hurting, bleeding, Samuel hobbled forward and, eventually once reaching her, fell to his knees, “I would never let anything happen to you!” She smiled, kissing his lips, safe, rescued and alive. Samuel smiled and blinked three times.

GAME OVER. YOU WIN.


Derek removed the helmet, sticking his finger into his nose, that had been itching for hours.  He’d finally completed the game, got the girl, destroyed the itch and was now ready for a shower.