The voices, together, the unison of union unifying each of their chords into a rhapsody of excellence. For eons they’d waited, adjusted their tonal balances, defining each of their roles in the play that was soon to begin. All of the years, the ecstasy and grace from each of them, ready and willing to express themselves in the only way they were willing. 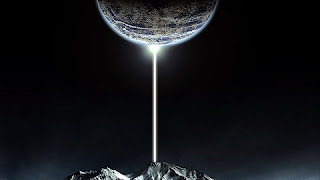 The mountain, vast, the highest point upon this very world, defined, refined by the ravaging oceans of the millennia. The ages of ice, the moments of raw lava spewed forth by the aching planet, finally ready to bestow the cosmos with another moment of pure perfection.

They prepared themselves, steadfast, all smiling, realising that some moments transposed mere thought and imagination. They were the watchers, the ones that held the weight of decisions upon their very souls. Commanded by the one, administered by the many, the universe being their very beck and call.

Celestine stepped forward, looking over the cliff edge, listening with all of his strength as the moment neared. The magic, the persistence of life, flowing around them with every single blade of grass and the movement of a tree. Seconds moved, moments escaped them, as Celestine stepped back into their ranks. The perfect line, the strength of their very resolve, commanding them, domineering each of their thoughts, as the first amongst them started to sing.

The sound of pure, evanescent, vocal magnificence moved from the lips of magic. One by one, each of them, adding their love and abundance to their musical moments. The singing of the few, embracing every living creature and source around them. This moment, the very minute, marked as destiny embraced two hearts meaning to become a third. The beauty, as they closed their eyes, felt amongst their hearts and minds.

Their music, their song, reaching over the thousands of miles and searching ears. The calm, the absolute beauty and permutations warming every single beating heart and soul. This was the beginning, the very start of all that would come after the song. It mattered not what came before as, finally, this world asked them to become more. They’d created something magical, beautiful, from the love they’d shared on many, many nights.

The Angels sang, upon the highest mountain, singing with everything found within. Their wings, pointing towards the ground, folded into safety, allowing their sweet song to welcome the new moment. They all smiled, they beamed with every single atom of their very hearts. They joined hands, still echoing their emotions from their heavenly song.

They heard the crying, of the first, the very first born to a planet such as this. The first child, the final adaption of the world’s creative wonder. They sang. They sang with such force and gentility, that the heavens themselves opened the very clouds above them, to allow the universe to view this very moment.

The two creatures, the two that had joined together, embraced as they held their child in their arms. The moment of beauty, the seconds of pain over, the joy flowing from each of them, as tears of joy fell to the very song above their heads. They sang. They sang and dared never to stop, as another was born, then another, with many more appearing. The world, the very start of every single moment, beginning as the choir welcomed the sentient life to this very world.