He sat there, wondering, wishing that he could turn the mighty hands of time. Backwards, forwards, or maybe even stop them. Either way, no matter the end scenario, he was here, and he’d have to face any possible future. His words, the words, those words, that he’d used upon that very second did more damage than a thousand small cuts. At least the cuts would heal, eventually, but words seemed to remain within a person. 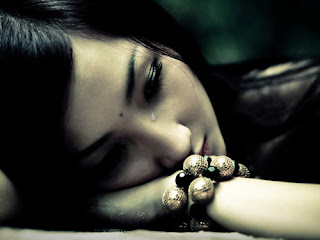 He’d take a sip of his drink, plain water, but his nerves simply wouldn't allow such a thing. Leaning forward, placing his hands onto his face, he exhaled a heavy constant breath. His heart, beating like a wild beast, thundered in his ears as he reminded himself that he’d have to eventually calm down. This wasn't how love worked, couldn't be anywhere near marriage or maybe even, if he were married, divorce. When a man holds something amazing within his grasp, he knows, he damn well knows, that he has to keep hold of something as precious as love. That connection, the two smiles meeting in the middle, with words being the failing of most.

He knew his curse, the madness, of saying too much at the wrong time, saying too little at the right time, with the rest falling between the cracks. He wasn't the fastest thinker, maybe even put his foot deep into the mud of life a few too many times, but he had to recover from this. There were only two choices. Learn to crash, accept the way things were, or try with every ounce of energy to fly again. She had the wings to carry the both of them, with his support being the stability they both wished for. There were no islands in their worlds. There were no safety nets. Only each other.

Finally, giving in, he reached forward, grabbing the drink, bringing it to his lips to drink. He noticed his hand, shaking. He honestly felt sick, to his very core, which was not like him at all. In a court of law, he’d be tried, convicted and sentenced all within a second. Shaking his head slightly, his very thoughts torturing him, he returned the drink to the table. Glancing at the clock upon the far wall, he looked at the door as it opened. His heart spiked, as he stood. She was here.

He weakly smiled through his sheepish forlorn face. With her, he knew, there would be no hiding. His poker face would hardly win at monopoly, let alone something as serious as this, which was why whenever he spoke it was actually the truth. He knew that he was a good man, a trusted man, which didn't make any of this any easier.

He looked at her as she walked across the room. She looked sad, her face also betraying her thoughts, as his heart cried out in vain. This was hurting him, destroying whatever sanity he held onto, but it was time to face his actions. Now, or the never, would be the outcome. She, as usual, looked absolutely beautiful despite the sleepless nights apparent upon her eyes. She wore his favourite outfit, the one that she wore on their first date, with her hair trying to hide her face from view as she approached. He truly, unreservedly, unequivocally, loved her without respite. There wasn't anything that he wouldn't do to hold her hand but, as he knew, he would freely watch her walk away if she chose to do so.

She stood in front of him, their awkward posturing getting in the way, as he leaned slightly forward to kiss her cheek. He sorely wished to kiss her where he should kiss her, upon those temptingly coloured cherry lips. The lines, drawn, the distance, imparted, with the both of them sitting. He smiled and she, with her head slightly down, glancing once, returning his quick smile. A few seconds moved forward, the silence remaining the only noise within the room. This wasn't a moment to hold back, to feel pride, or reserve words to gain some kind of ignorance. He knew. He knew, the moment that this scene came into existence.

Moving forward slightly, bridging the gap, his arms rested against his legs with his hands just in front of hers. With his softest, most caring voice, he dared himself to be brave, honest and caring, “I’m so very, very sorry for what I said!”

She blinked once, as he spoke, her poker face being one of cold blank ice. He knew that her heart warmed his entire world, which made a moment like this scare him to his very core. She nodded, once, maybe signalling that she accepted his words. He would not question such a moment, as he, instead, had a few more words to add.

“When we first met, I said that I'm not perfect. I'm hardly a wordsmith and I can be a bit stupid, but I'm the kind of stupid that you seemed to like. I… do love you. The last few days have been so horrible. I'm nothing without you and we both know that. I'm meant for one thing…”

He stopped, as she raised her head, a small smile escaping.

“…I'm meant to love you. To make you smile. To do all the things that you like and, unfortunately, do a few silly things that you don’t.” He closed his eyes, hands still shaking, trying to gain control of his firing mind.

“I am so very sorry. Please,” he paused, as he moved from the chair to sit on his legs in front of her, looking up, “Please, I am so sorry!” He looked into those glorious eyes of hers, his sincerity plainly written upon his face, as he dared to slowly move forward, stopping just in front of her lips. He knew that if she moved away, he would lose her forever.

A second escaped, as she remained still, his lips in front of hers, their eyes locked together. He closed the distance and kissed her, her arms moving around him as he felt her against him. All of the tension, stress and sorrow faded for a brief second. He wasn't just going to believe that everything would now be forgotten, as that wouldn't be sensible. “Are we okay?” he asked, the moment the kiss ended.

She nodded as he, once again, whispered the truth that he was sorry.