Closing her eyes, as she placed her forehead gently against his, she asked the question that was on both their minds, “Are you sure you want to do this?” It was a difficult question, with an answer that they both knew, especially after the four million the project had cost, so far. He smiled, thinly vailing his real thoughts,
“Remember what you said to me?” 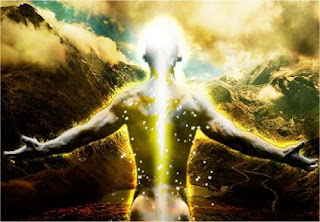 She nodded, remembering the words, which she repeated back to him, “You’re the most selfish, giving, loving person I know.” She smiled as tears appeared, falling away to the floor. He wanted to stop, despite the situation. The love of his life, versus his life’s work. His very dream opposed to his living happiness. He felt the warmth escape from her skin, as the tears fell from her beautiful, deep eyes. If he could have both, forever and this day, he truly would, and his own tears spoke as much.

She stepped back, looking at his face, taking the moment to firmly embrace his features for the last time. She understood, realised from the very start, that sometimes dreams transposed love to another place. She knew how he felt about her, as he’d taken every moment he could to prove the words and feelings. She felt him, knew him like no other man alive, which meant that her own pain was secondary. She knew, she damn well knew, that loving someone meant that you had to let them go, if that was what they wanted.

She stepped back another few steps, allowing her view to be filled with the spectacle in front of her. The machine, this machine, that had taken him over six years to build, perfect, let alone the years spent on design and testing. The moment had arrived and, to her, she was beyond proud of what he was trying to accomplish. She’d helped, being something of a genius herself, a mathematician with that prestigious Fields Medal, of all things. That was how they’d met.

She was so flirty back then, as her mind craved other stimulus away from maths and conundrums. He was a whirlwind, emotional, brilliant, that magnificent power that entered a room with force. He commanded attention, despite being quite quiet, in his own silly little way. They’d hit it off from the start, his boyish charm and her need to be taken far, far away from the norm. They’d made love like the end of the world was just around the corner and now, over the next few minutes, her world would end and start anew.

She turned and walked towards the door, no longer willing or able to stay calm. She wanted to cry even more, to let her whole heart embrace the hurt cutting her in two. A part of her was filled with expressive wonder at what the world was about to become, while the other half, her heart, wanted to take his hand and run. Run away to wherever or whatever they could find.

The heavy door closed behind her, as she stood looking through the large viewing window. Surrounded by like minded people, all excited whilst the silent sadness crept amongst them, the thought of never seeing him again, rested upon all of their minds.

“Fifty seconds!” said a calm voice from behind her.

He raised his head to look into the other room. He was braced on all sides, his head pressing against the soft fabric behind him, as the last restraint moved into place. He could feel the fear rise within, embraced and matched by the pure excited adrenaline rushing through his body. He looked at her, in the other room, as he felt his heart connect. The room fell silent as his view changed to one of love.

He knew what he was letting go of. It cut him, hurt him to his very core, especially as meeting such a woman was scarce in the world they both lived within. She embraced his fire within, kept him going on the nights where he seemed to lose faith in his very thoughts. She kept him sane while the world seemed to be against him. He finally let go, feeling the emotion overwhelming him as he spoke, “I know that I'm being selfish. Please forgive me. You held my hand after so many years of being alone and now, I'm letting go of the most beautiful person I've ever known. I know that you understand why I'm doing this. I know you do, but that doesn't make it any more selfish,” he stopped, for a second, as the voice informed him that he only had twenty seconds remaining, “I don’t know what will happen, but please know that I’ll always be there, looking after you, keeping you safe. Please, forgive me!  I love you so much!”

The machine started to hum with energy, the charge building as he felt the static rise around him. The hairs on his skin lifted as he felt his body start to feel weightless. There was now no return. He closed his eyes as the last tear fell. Every molecule, his atoms, pulled apart by a mere fraction, compacting themselves within a micro-second as his body ceased to exist.

She watched everything. All of it. She dared not to look away as he seemingly vanished. The room fell silent as the hum, from the machine, fell away. Seconds vanished as they all just stared at the machine. Shell shocked, the accomplishment partially understood as the realisation gently settled into each of their minds. He was gone. The physical turned to energy, an energy that they may never understand. Each of them would have days of data to study, to prove the results, to try and visualise if what had happened, presented the realistic conclusive results.

She closed her eyes. Done, finally, over with. Her body felt cold, a sick feeling rising within her stomach. She simply did not know what to do, how to say anything now that he was gone. She steadied herself, placing a hand onto the side of the desk, as she felt warmth from her side. As she opened her eyes, confused, she felt a kiss upon the side of her face and from nowhere, she heard him speak, “I love you!”

Her mouth opened, the shock hitting her within a second, as she addressed the people around her, “How quickly can you put me into that machine?”