Daniel cast his gaze over the assembled people as he walked around the room. Each of them, possibly, as far as he knew, the best of the best as well as the brightest. Lawyers, a sociologist, a mathematician, a scholar of history and more. Each of them, each mind, attuned to the current world status. No matter the discipline, they also had other objectives that they were there to discuss. 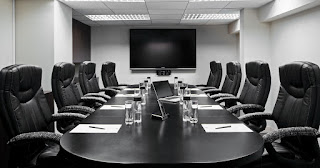 He'd vetted each and every single one of them, ten years previous, ensuring that each person had what it would take. They needed to understand what was required, and to essentially answer any questions that were presented to them. Fast, with precision, honesty and faith in their conviction. He sat at the end of the table, the eight of them with four sitting on either side, with chairs angled so they all marginally faced his direction. Each of them, silent, receptive, waiting for whatever would happen next.

Daniel cleared his throat, an indication that each of them, in case their minds weren’t as focused as he believed them to be, would snap away from whatever vexed their thoughts. With a calm voice, direct, he glanced at each of them as he spoke, “As you’re aware, we’ve gathered here today to discuss a critical decision. We value your input and realise that each of you might not have considered the scenario we’re about to propose,” Daniel paused for a few seconds, understanding exactly what he was about to put them through, “In front of you is a black cup, filled with a liquid that will cleanse and remove certain chemicals from within your system. Please drink now. There’s a bin to the side of each of you.”

He watched as they immediately drank, with some taking a second to sniff, or swirl the contents. He’d done the exact same thing a few months earlier, in preparation for this very moment. He’d immediately thrown up, experienced the brief but violent headache, with clarity quickly forming within his conscious mind. The liberating feeling had been something to behold, a glorious soul awakening, which eventually led to the questions and thorough understanding of how the world could be. What it could become. It was, however, not his decision to make.

For a few seconds they sat in silence, wondering what to do next, as Daniel remained perfectly calm. The smallest man quickly reached behind him, his metabolism more than likely working faster than the others, for the bin. The contents of his stomach, as well as an odd coloured substance, flew forward into the bin at speed. The noise, discomforting, as his disorientation spread through the group. One by one, they all succumbed to the same situation. Each of them emptying their stomachs. From complete calm, to near anarchy within moments.

Eventually, they all stopped, leaning back into their chairs, their breathing heavy and random. Daniel nodded and a door opened to the rear of the room. Three people walked in, removing the bins, with three more bringing each of the attendees a small slice of food.

“In front of you sits a heavily combined source of amino-acids, nutrients and vitamins. No additional preservatives, colours or additives. I suggest that each of you eat the bar right now!”  He recalled this moment, the hunger, the mild aching as his body caught up to the stomach’s freedom. The bar tasted completely bland, no flavour, as he stifled a small smile. He knew what was about to happen, the glorious feeling, the moment of transition that would free them from a lifetime of imposed bonds.

Each of them chewed the bar, with most showing their disdain for such a tasteless food. The moments moved, as Daniel kept an eye on the clock to the rear of the room. He waited, watched each of them, as the effects started. The euphoria would hit them, first. A pure energy released into each of their bodies. Their minds would clear, the fog that embraced each of their waking thoughts, removed to increase their thinking clarity.

Then, as he knew, there would be a spiritual awakening. Whatever word he used, whatever was assigned to the moment, he knew that nothing would prepare them for what was happening. The lady, sat to his left, raised her hand in front of her eyes.

“What you’re experiencing is your previously repressed cognitive facilities. From the day you were born, you’ve been fed food that specifically filters certain beneficial improvements. We’re naturally attuned to each other, the people around us but, instead, our full potential is denied!”

Daniel watched each of them carefully. In some cases, the experience was far, far too much. He recalled reading about the similar trials started, years previous, with specific military candidates. The benefits included vastly improved response time, speed, reasoning, split second decision making, the very nature of a person refined and defined. Then, shortly after, the solution was offered to the richest people on the planet. For a price, of course.

“I can see my actual aura?” one of them said, the smile spread across her face. He knew that, in the next few moments, they’d start thinking in unison, mentally connected to each other without even realising. The question, however, still needed to be asked.

“Over the next few weeks you will specifically ignore all other food sources. The world is in a state of impending anarchy. The food chain is destroying the planet and, as you’re now probably realising, that we simply need to decrease food production. The bar in front of you can sustain each of you for up to one week. The side-effects, as you’re also aware, are complete freedom of your mind’s mental abilities. The obvious question is if we’re ready for a global change. Are we?”

Each of them turned, to look at Daniel, at the same time. Connected, aligned, together with their thinking. He could feel their thoughts, nearly hold them within his mind, as each of them formed their initial conclusion. He held their thoughts within his mind’s frontal lobe, focused, concentrating, with the only word appearing being the word, ‘darkness’.

He nodded, knowing, the rationale being more than obvious. The world, the current administration, the lives lived, would not be changed with ease. Boredom equalled anarchy, destruction, the revolt of making changes, would have to be carefully orchestrated.

The dark, for now, would have to stay. He knew, despite allowing them time to process the changes, that the world simply wouldn’t allow change after the decades of greed, destruction, power and profit. The dark within us all.