He knew exactly what he was doing, every single second, each moment, defined and refined for one purpose alone. In ways, he couldn’t help himself as this was his thing, his vice, his way of appreciating the person and moment that was sat just in front of him. He didn’t have years, months, or even weeks, as each day was the most important day within his current, frail life. He’d live forever, if he could, if the following few hours could be revisited again and again. 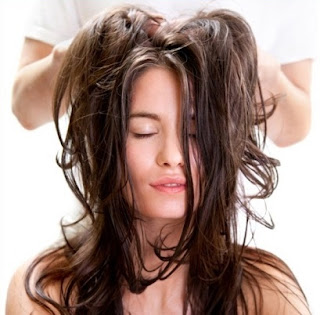 He’d laugh, maybe even feel a little stupid, but he absolutely, completely, above most things in life, adored long hair. His friends and colleagues laughed at him, often. His ways of doing things, of seeing the world, feeling ever so alien to them. Maybe he was just that, an alien, of sorts, segregated from the standard way of thinking but, as he knew, that wasn’t really the case. People liked what they liked, adored and appreciated what they wanted, with most simply just continuing the day to day.

It mattered not, his thoughts of other moments, as the current situation required thought and attention. He listened to her, talking, speaking the words that she found within her gloriously beautiful mind. He could listen to her for hours, non-stop, with only a small interjection that proved he was still with her. Listening. Understanding. Appreciating. Everyone deserved to be heard as, with all things, respect was born and nurtured through such moments.

He heard her voice falter, even slow, as his fingers worked their way through her hair. Caressing, moving, adoring the very nature of the warmth escaping from around her. She continued to speak, even though he knew that his soft strong fingers, caressing her head, would relax her in such a way that she’d appreciate. He knew that everyone talked, with most having so much to say, but once we lowered our guard, the real soul of a person could be found and held that bit closer. He wanted her to relax, to feel secured, knowing that he would never, ever, harm or hold anything against her.

Such a simple, small, tender gesture and moment. Her words softened, as he continued to massage her head, his fingers ever so often breaking away to brush her hair into line. This, this place right here, was a place that he wished to visit each of the days permitted by the rising sun. He was, in all intentions, a soft idiotic soul that walked upon the world. He meant no harm, wished only to heal, yet seemed to be vastly miss-understood and manipulated by many. He smiled, knowing that he was far from innocent, despite his heart wishing to remain as such.

He could feel her body release tension, her shoulders lowering that extra few millimetres, as the harsh working week releasing its grip. The music, playing in the background, seemed to melt away as they connected to a level that bridged the gap between them. This place, the obvious trust between two people, becoming a finally realised circumstance.

His fingertips continued to find the rhythm that made sense to his thoughts. Each caress, each second, created with the intention of pleasing her. He’d admit it, to her and no-one else, that this was his very notion of happiness. He adored beauty, in all forms, in all of the glorious ways that the universe displayed them. He could find something beautiful within most people and this, of course, led to his naivety. Although he wished otherwise, he knew that this would never be the case. He pushed aside such thoughts, returning to the present moment, as well as the person sitting in front of him.

She was, in all descriptions of the word, beautiful. Her voice, her conduct, the way she moved, the moments where she tried to remain humble upon hearing his compliments, were all comforting. He knew that every single person had their weak moments, as well as strife, but he could easily look beyond those as he himself had fallen from the highest pillars, as well as the tallest pedestals. He was, in every descriptive measure, the very essence of imperfect. He could, of course, turn the word upon its head and state, transcribe, scream from the tallest building, that being an imperfect creature meant that each person was an individual. The imperfections of life, of words, of actions, made each person beautiful. A work of individualistic art. A masterpiece of flaws. The scars, etched into each section of skin, forming the very wealth of knowledge and understanding.

He, once again, pushed aside his fantastical thinking to, instead, concentrate on what fascinated him far too much. Her gloriously, long, shimmering, flowing hair. He, occasionally, gently caressed her forehead, trying to release tension from as much of her mind as possible. This was a moment of moments, a place that everyone should visit, a singular, solitary, beautiful embrace of comfort.