Conner, focusing on the ground just in front him, stopped crying. Briefly, a small reprise, another solitary moment where his emotional stability tried to restrain his grief. He listened to the silence, the glorious seconds of nothing happening within his very world. His lips, shaking ever so slightly, as he felt the tear lines upon his face start to dry. 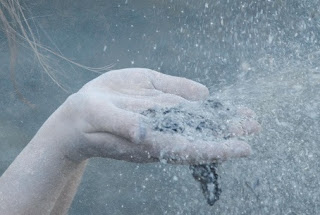 This was, in every single way, the realism of life that he could not escape. He’d prefer to smile, to hold a hand, but that was no longer possible. It never would be. Not from this point forward. He’d shout at the angels, the stars themselves, even the sun shining through the window, but instead he held onto the silence. He’d heard the news, knew it was coming, but still he curled himself into a ball and cried. The world wasn’t ending as, instead, it actually had ended. He knew that there were life ending moments, seconds, where the very breath within a person’s lungs faltered and even failed. This, instead, was pure, encompassing, emotional loss.

The thoughts started to return, his eyes once again filling with tears, as he held that face within his mind’s view. Time waited for neither man, woman, beast or actions. He’d lost that time, whatever the moments might have been, with neither rhyme or any reason bringing that time again. Another tear slowly, gently, escaped from his heart filled eyes. He’d give anything, even his own life, to simply turn the hands of time back an hour. A day. A year. Maybe even to start again from the very start but that, as he knew, would never happen.

His thoughts taunted him, reminding him of so many words, so many moments, or when and where he could have done so much more. Afraid, the turmoil within neither wishing to torture, of free, his very vacant soul. Lost, falling, whilst firmly pressed against the floor upon which he rested. He knew that he had to stand, once again, at some point. Life would move forward with, or without, his presence being felt.

He heard the words, the many moments of advice that had fallen to the side of whatever he was thinking at the time, over and over again. He was supposed to be wise, a thoughtful person, a faithful individual, with all the inherited family weaknesses. The love he held within his heart, ensured that he could easily be hurt. The honesty within his thoughts, ensured that he could be tricked, and his compassion for others, concluded that he would be used and thrown away many, many times. On the other hand, with such a beautiful smile, he’d been shown that those weaknesses could be the most enduring strengths imaginable.

He knew his weaknesses as they, right at this moment, resounded within his very mind. He’d promised, said the words upon the day when he knew what was coming, which meant that he had to face the world standing tall. Even if broken, even if he had to drag himself from this very room, tears and dust upon his very fingers, he would do so. He would climb, scrape, beg his soul for the very energy needed, whilst bartering pieces of his very heart for the required strength.

He was, at this very second, alone within his very small world. The walls, surrounding him, closing in upon his mind, threatened to remove his very sanity. The tears continued, for another few seconds, before he made the decision to stand. Finally. Pushing aside his thoughts, he lifted his arm from the floor, pressing his hand against the surface to push his upper body upwards. His other hand, now assisting, as he picked himself up. His weary legs, obeying the call to action, stood with him as his eyes winced at the sunlight hitting his view. He coughed a few times, whilst wiping away the tear lines with both hands.

He’d cried enough, for today, for this moment. He knew that there would be time for more tears, to release, to obey his need for anguish and pain. Right now, this second, he had a task to do. He had to accomplish, to succeed, to drag himself through the rest of his life with, or without, a person standing beside him or around him. He would falter, maybe even fail completely, but that would mean re-evaluating whatever path he was upon. No tears, no fear, no pain, no loss or deep inner turmoil, could stop such a thing, such a moment. This was life, his life, the same life and pain that the many feared and felt. This was, until the very day he turned to dust, his chance to make his loved ones proud.