Eros sat, looking at the door, within his apartment. The last few days, let alone weeks, had been something of a challenge. Being a God was one thing but dealing with the day to day of how the mortals lived their lives, was another. He’d be happy, truly happy, if it were not for the meddling of the other Gods. 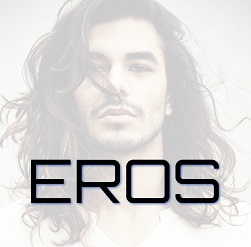 He knew what he had to do, what he should say, but knowing did not make the task any easier. Somewhere, deep down, within him, he still desired Tiacapan and that would probably never change. That thought alone bothered him, strangled his thoughts, knowing that to survive or grow within this world you had to let go of one rope, before climbing another. The mortals dealt with strife, with hardship, by finding someone new as soon as possible. He himself wished not to do so. He wanted to be free, before finding another, lest the mistakes of one be carried forward to the next. Before he lived a life with Sandra, he had to cut that rope.

His mind, as well as heart, had to be free. He would no longer love one, whilst loving another. He would abandon his very name if it brought him inner peace. He closed his eyes, for a moment, reminiscing of the day previous. His journey to the underworld was not for the faint of heart, but in this case, for once, it had to happen. He drifted, recalling every second of his adventure.

Eros stood upon the shoreline, waiting, wondering, trying to belay his doubts. The Gods, upon this very earth, were free to do whatever they liked. He could stop them, each of them, or at least try, but there were some things that he simply would not do. He lifted his arm to view the mortal watch that informed him of the time. He’d never really thought about time, due to his very, very long affinity for never actually growing old, but watching the seconds tick filled him with a certain frustration to which he’d never known. Time, all relative, neither here or there to a God.

Ahead of him, upon the water, he noticed a small boat appear and within the boat sat Charon. He’d met Charon, a few times, when on holiday to the heavens. Even the Gods needed holidays. A charming entity, never whispering even a word, with an iron face that seldom moved. Eros had regaled Charon with many a story, of adventures that would make the clouds upon the sky blush a shade of red, despite Charon not actually moving a muscle.

The boat arrived, with Charon holding out his hand for some form of payment. Eros handed him the haladie dagger, that Alastor had used to try and end his life. As the dagger sat upon Charon’s hand, Eros lent forward, “Payment for a return trip?” Charon’s facial expression stayed the same, obviously not wanting to give anything away to Eros.

The boat started to move, as Eros made himself comfortable. “My old friend… ,” said Eros, smiling, “You haven’t aged a day!”

Charon, again, didn't show any emotion or even acknowledge the interaction. Eros wondered how long the journey would take, until, as he blinked a few times, they’d arrived at the opening of a large cave. Stepping out of the boat, thankful that the conversation didn't get heavy, or ask any sensitive questions, Eros nodded to Cheron and walked into the cave. As he walked, he wondered what had made Charon the way he was, some type of trauma, maybe even a curse, but that would be a question that would never receive an answer.

The cave continued to loom off into the distance, the various mounted flames suspended every few metres, keeping some form of light upon the path. He was now within the realms of the underworld, a place that the Gods seldom visited, if ever, in fear of what might happen. He wasn't afraid. He wouldn't let fear remove his need for finding a solution. As he walked the cave expanded and, in the middle of the room ahead, sat a large throne. Eros smiled, stretching his arms out to his sides as he shouted, “Tartarus, Brother, it has been the longest time!”

From the throne leapt Tartarus, the God that ruled the very depths of the underworld. Mortal man feared his whispering nature, the dark thoughts from his mind, but to Eros, he knew only the love of a Brother for his own Brother.

“How have you been, Brother Eros?”

“I have been fine,” Eros answered, as they hugged each other, “What adventures have you been upon?”

“You know, torturing the soul of man, whispering into the hearts of many, barbecues, eating the flesh from wicked men!”

They both laughed, a hearty laugh that filled the cave with echoes. Eros was but a child when he’d met Tartarus. A wicked child, a naughty child, but a Brother to which Eros admired and looked up to. Despite his naughty ways, his devious manner, Tartarus was perfect for the task of holding the many within a place they deserved. Eros did not pity or devalue the position, as being the God of love and procreation, would hardly set the world on fire. Literally.

“I would not wish to keep you in the guts of the underworld, Brother, so I ask what brings you here?”
Eros looked forlorn, solemn, at such a question. “Brother, I…”
“Come Brother, there be no secrets between the both of us, or I shall burn down a small town house in the god forsaken city of Rhyl!”

Eros laughed, knowing all too well that Tartarus watched all, could see all, from the very seat he sat upon. There indeed, would be no secrets between the two.  Eros started to explain the very detail of his circumstance, the sorrow and pain within, asking his Brother for one favour, upon the many exchanged over the centuries.

Eros brought himself back to the present world, once again looking at the door, wishing for it to never open. His love was meant for all, his destiny devised by a few, his favour being that to which he cherished. He knew that he had no choice. His path clear. His opinion being moved aside to do what was right.

Eros’ nerves jumped as the door opened. His heart appearing within his throat, hearing the beats nearly deafen his very soul. Tiacapan entered the room, closing the door behind her.

Eros felt his body respond, knowing that she would always control a part of him that was lost, to her. He wanted to push the feelings aside, banish them, brandish a will that could control such things, but that was futile. He watched as she removed her jacket, the outfit underneath ensuring the man within him desired every single inch of the woman standing there. He couldn't realistically call it an outfit, seeing as it consisted mainly of her skin, the modesty of her body barely covered.

He felt the thoughts, heard them, tasted them upon his lips. In another place, another time, he would rise to her and abandon all his hopes. He’d take her again and again, relishing every second, enveloping her within his strong arms, feeling every inch of body against hers. He wanted to lose control, to a woman that could match his sexual desire, with a hunger that knew no end. She came closer, dropping to her knees in front of him, her breasts asking for his lips to pay them attention.

“You know that you’re not supposed to be with a mortal woman. She can’t love you, the way I can!”

Eros heard the words, the words that possibly rang true within his ears, but that wasn’t love. Love found a way, a possible solution, where possible.

“What do you want from me, Tiacapan?”

“I think you know what I want, my Dear Eros. There’s only three of us left here. Together we could rule this place!”

Eros closed his eyes. The real reason, the trick, the malice, the viper exposing her teeth and intended poison. Once again, he would be used, subjected to her beautifully seductive torture, bruised by her kisses and expelled for his love.  She wanted him to remove the God of War. The transparency of her wicked ways all but laid flat for all to see.

He shook his head, realising that love truly could be blind. He could see it, from the highest spire to the lowest pit within this world. He wouldn't wish to think the thoughts, as he wanted to remain pure, but that would be childish. The idiocy of his heart, the wounded nature of his soul, bringing a smile to his lips. She was so beautiful, so tempting, the most seductive and alluring woman he’d ever set eyes upon. He would never regret the bondage she’d inflicted upon him, as a part enjoyed every single second, but that was a different time.

Eros held her hands within his, whilst standing. His face, his serious face, finally realising that Tiacapan truly believed that deception was normal. This was the way she lived. Her hunger knowing no limits.

“A part of me truly, truly still loves you. Despite knowing that it’s wrong. I'm ready to let go now!”

Tiacapan’s face turned to confusion, “Why would you let me go? You cannot harm me?”

“I know. I would never wish to harm you, and that is why I have asked for you to be removed!”

Eros let go of Tiacapan’s hands, as she stepped back. The shadows, within the room, changed, moving towards her. Tiacapan knew what they were and where she was going. She stood still, looking into Eros’ soft eyes, a certain amount of renewed respect, a knowing, a realisation that he was more than she truly knew.

“You will not be kept there for long!” Said Eros, knowing that no cage, mortal or godly, could contain such a hunger for long, regardless of where or how.

Tiacapan faded into the shadows, smiling, finding a new respect for the God of love. She’d see him again, soon.  Eros sat back into the chair, the moment completed, the path now clear, with one last task to complete. He wasn't looking forward to such an event but, as proclaimed by the God of War, Eros would find him and, right now, that was his only choice.