“Good evening Madame. We have prepared the fine selection, of your choosing. Would you be ready to receive them?” 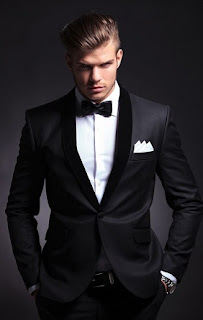 The words failed to raise her interest, fleeting, inconsequential in the events sure to follow. The flight had been delayed, one of many happenings that frustrated her, often, in her ordered world. Flustered, with the feeling slowly moving from her mind, she placed the deliciously presented wine glass, more or less empty, to her side. Her aid quickly moving to remove the glass. She preferred order, the chaos of life bringing forward the annoyance of moments.

She knew, of course, that not all could be ordered. She preferred finesse, random moments, the excitement of what her partner would do or even say. This, to her mind as well as emotions, brought her to this place. This event. Right now.

She’d dated the men at the top, to eventually see them fall below her. She’d flittered away her time upon the playboys of her world. Exciting, their smooth smiles and defined bodies bringing a certain amount of joy and satisfaction but, the included warranty, failed to last the test of time. She grew tired of such moments, was currently tired, with her entire being asking for something more. Something else. That special type of man to improve her life. She would never be second best, as that was impossible, so she would now expect the best from another.

Love, above all things, wasn't intended to be purchased, the ideal of the emotion being for free, but she knew that it simply wasn't the case. As a younger woman, as a child growing into her given world, she’d imagined the usual fairy-tale of opportunities. The house in the woods, the long driveway, the simple but affectionate life, being the dream and world that she’d wished would fill her heart.

It had happened, for a time, her years being taken from her by one special person that was supposed to last. It didn't last. The lies, the silent words that hurt, the looks that scolded. They grew, they really did grow, apart and further away from each other.

She pushed away the thoughts, those ideals that she’d managed to hold onto. They would always be a part of her, deep within, crying to see the light of day but that dream, those moments, were gone. She sat back onto the lavish seat as the four gentlemen walked into the room. She’d asked to sidestep the usual decorum, heading straight to the meat and soul of the solution. The four men, standing in perfect union in front of her, were all naked and finely displayed.

Each of them, according to their transcripts, were highly educated in many, many degrees. Multiple languages, a fluent grasp of their role within a woman’s life and more. The four of them, however, held a certain aspect that she wished for within her partner. Highly creative, adaptive, the results from their social integration tests proving that they would fall in love.  If, of course, presented with a sensible other. They’d all stay with the emotion, which was a rare quality. Truthful, while always respectful, honest, without any cruel words. Supportive, whilst knowing that she would never need them in such a fashion.

Each of them had, of course, read her profile. Each of them heavily interested in what she could offer. All four wishing to be defined as men, actual real-life men, with what the title actually heralded. She studied each of their faces, enjoying the view from their clean-shaven view. All muscular, a low percentage of body fat, resulting in the kind of stomach definition a woman could only dream of. Their tapered abdomens, sending a few salacious thoughts into the back of her mind, as she continued to study them.

Her eyes, being the window to her every desire, seemed to be drawn to the first two men. She looked across to the gentleman, waiting for her decision. She raised her hand, her fingers gesticulating that she’d like to keep the first two. A few seconds later and the two men remained. She stood and turned to her aid, who quickly handed the re-filled wine glass back to her, as the men behind were dressed in the most exquisite dinner suits she could select.

It was one thing to know how a man looked in his bedroom uniform, but the dinner uniform really did something for her. A smart man. A well-dressed man, presentable, the envy of others whilst holding her arm, really enabled a certain part of her emotions. She did, after all, wish to be loved. Maybe even adored. She wished to see such emotions filling his eyes as she looked at him. She truly wanted someone to love her, to be with her for the woman inside that just wanted to be free. Giddy. Silly. Laughing until the very early hours, as the wine lowered her defences, allowing the animal within her to take hold, as they did what she wanted to do.

She turned, her eyes widening with the view. The both of them, each one, could just take her right now. Anywhere. She wouldn't care. Even if it were to that bedroom but, by the way she felt, they’d never make it that far. She gathered her composure, ignoring the wine speaking to the devil within, as she sat on the chair. The gentleman, in the corner, cleared his throat and both of the men looked at her.

One of them, soon, would begin the journey of being hers. If you wanted a sports car, you’d buy such a car knowing that it was a thoroughbred of performance. She was sick to the ends of the world with second hand vehicles. She needed to be driven, in every single way, knowing that she would be in safe hands. This entire situation, although foreign to her, was apparently well known within the circles she inhabited. She’d always wondered how her friends had managed to find such amazingly perfected men. Now, right now, she knew how.

Both of them looked at her, in that way, the way she’d enjoyed on a few occasions. That wanton, immoral way, the way a hungry animal would look at the food directly in front of them. They couldn't help it, she knew that, as they were men. These particular men, although trained in the fine arts of love making, were both virgins. The very thought would make her laugh, if it were not for the way they looked. Raised for one purpose. To belong to someone. Someone like her. The idiocy of it all, the complete crazy motion of events bringing her here, all now worthwhile.

The gentleman, once again, cleared his throat and, in turn, each of them spoke to her.

“Hello, it is my pleasure to meet you!”

“Hello, it is my pleasure to meet you!”

She nearly dropped the glass, not quite sure what to do, as she again simply wouldn't know which to pick. She didn't wish to be greedy, as her heart would only be meant for one, but she could easily have both. The selection of her needs and desires possibly requiring two men, but that simply wouldn't do, and she knew this.

As her mind flicked through the various scenarios, her usually decisive mind struggling, the second man started to smile. He looked so very, very cheeky, for the smallest of seconds, before regaining his composure. She liked that. She wanted and needed that. Control was seductive, the evocative notion of order, but as she reminded herself before, she needed that moment of random within her life and right now, she’d made her selection.