She sat in her bedroom, her eyes closed and mind doing what it wished to do. She’d denied her instincts, as well as needs, for the longest time but enough was enough. That knack, that ever-present way of placing herself into the most idiotic situations imaginable, rearing its fine head once again. 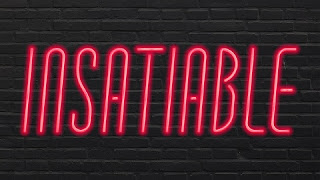 That denial, the closed doors within her body that had started to give way to what she wanted, finally fading as that name appeared upon her lips. He knew her, knew her to a degree that annoyed and, at the same time, intrigued. They’d spoken for hours, his aloof way of doing things infuriating her desire to know more, far more, with that being the reason she’d wanted further time.

She’d drink him, envelop him within her, literally, if she could. No matter what was said, done or asked for, it was impossible to find that satisfaction she craved. The hunger rising within, embracing her to the point of near despair but, as he’d said, he wasn’t willing to give more than he could. That scent, the way he held her, be it her hand or her entire body, it mattered not as any contact was better than nothing.

She leaned back onto her hands, legs crossed as she sat on the floor, wondering what to do next. Each breath that escaped her lips, seemed to literally speak his name. It annoyed her, becoming each and nearly every thought within her day. She knew, deep down, that such a place could hardly ever be called healthy, but this was what it would be. Kissing, for hours, listening to his voice, whenever she could, enjoying that witty conversation that made her laugh to her very core. Dangerous, to a level that seemed to remove the boredom from her life, she’d honestly ask for nothing more than his company.

She’d often look towards the moonlight, letting light bathe her skin, wondering if it had anything to do with why he was within her life. Around her, holding her, asking her to become all that she could be. She’d smile, whenever he was near, laugh, giggle like a crazy fool, until the very moment he vanished again. It did hurt, the echo and ache of the space beside her, but this was the way of his world and she’d gladly forsake her calm.

She opened her eyes, looking out of the window, wondering what would happen next. If anything. She looked at his face, the covers barely covering his modesty as he slept. He was, to her, perfect. They all had their faults, the men of the world, but this one in particular did something to her thoughts which, in turn, carried her very body to another place. She glanced at his lips, reminding herself of that moment where… . She stopped. She couldn’t take this, she wouldn’t take this, as she moved from the floor to straddle him upon her own bed.

His eyes opened, the foggy sleep staying within his voice as he spoke, “You okay?”

She placed her lips next to his ear, whispering, as she moved herself over him. Teasing, enabling, the appetite starting to build within her. She, simply, did not wish to stop. She’d let her body and needs sleep for the longest time and now, right now, she’d had enough of that aspect of her daily life. No more. “I want you again!”

He smiled, knowing that he couldn’t and wouldn’t even try to stop her if, for some reason, her wish wasn’t his very command. He moved his lips to meet hers and, after kissing her a few times, simply uttered the word, “Insatiable!”