Ezrielle curled his fingers around the thick brutal chains, as he smiled at her. He was strong, very, very strong, but maybe this time she’d manage to contain him. Control him. Keep him at bay long enough for the current events to expire. 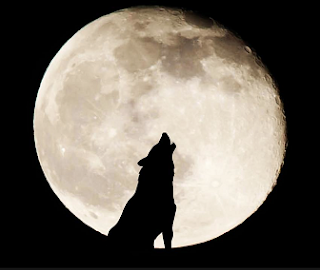 Wishful thinking, the notion of control possibly proving to be her ignorance in place. Naivety at play, the previous events escaping her mindful thoughts, or just her way of playing those sweet vicarious games of hers. He liked them. All of them, no matter the moment, circumstance or notion. He’d play them all, with vigour, expectancy and far, far more.

His fingers grasped the chain hooks, bolted to the floor, the two inches of pure steel and concrete keeping him at bay. Tightening, she watched as his arms tensed, along with every single muscle across his lascivious frame. She’d possibly find his perfect body disgusting, if it were not for her entire body screaming for his attention. She needed him, all over her soul, body and mind, which is why she did what she did. She hated his control of her, despised wishing for his kisses, his attentive nature calling to her in the middle of each night. She’d wake, yearn, ask and surely, receive.

She laughed at him, as he tried to stand, tensing and exerting nearly every ounce of energy he had within his veins. He closed his eyes, pulling at the chains, trying, calling upon his strength to do what it often did. Impress. Normally he’d never care for such things, but she seemed to enjoy his feats of endurance, especially where it counted and, surely, she counted. Insatiable, undeniably demanding, her ravenous instincts breaking through any intentional defences he presented.

That weakness, deep within, needing her more than he’d like to admit. The bonding of both for eternity, the awakening of an eternal connection shared between the rarest of two. He’d walk away from her, forsake her demands, yet he knew that he’d struggle to find another that seemed to light his internal spark. Scorching, burning at his very thoughts, he’d realised many eons previous that he could never leave. His arch enemy, his arc of truth returning to the indefinable conclusion, that no two could ever fuck the way they did.

There was more between them, between the laughter and fornication, an unspoken bond that neither would acknowledge. He’d seen this, witnessed his thoughts upon that singular day that he thought he’d lost her forever. It shook him, woke him from a certain aspect of his born ignorance, never to ever be forgotten. He'd once spent years wandering the deserts of this world, the solitary exclusion surrounding him, embracing him, only to find that his thirst could never be quenched without her lips poured over his.

She laughed at him, again scorning his actions, as he failed to break his given bonds. He smiled, for a brief second, as he laughed a realising acknowledgement. This would not do. He would never be beaten, never caged, pushed to the floor by this very means. Forcing his pride down into the depths of his soul, he reached his anger, for his lust and desire, that smouldering aggressive nature of man. He held it close to his thoughts, allowing them into his very blood and soul.

He opened his eyes, his head bowed ever so slightly, as his mood changed from playful to power defined direction. He would have her, today, tonight, in the next few moments. She knew what was about to happen, her mind informing her body to prepare itself for the next few hours. He would not stop until he had satisfied every single inch of her. He didn’t care about himself, in that way, as this was his mission in her life.

He again grabbed the chains, bending over slightly as he bent his knees. The full force of his legs, the entire range of his back muscles providing support, as he engaged the very core of his emotions. Strength was nothing, without the reason behind the purpose. He felt his passion, his need, his very reason for being and pushed upwards with his legs. Arms, holding on with all of their internal limits, as a second moved away with the sands of time. The chain linkages snapped, releasing him from his bonds. He stood there, in all his gloriously formed stature, looking directly at her. She smiled, then giggled, waiting for her prized possession to thank her for his latest game. After all, at moments like this, the monster within him came out to play with the roaring full moon.