I’m aware, fully, independently, soulfully aware of what’s happening around me and within. It’s a stark contrast to the calm, serenity filled existence, that I’m used to. No issues, no paths needing to be followed and no quandaries to explore. Free, fulfilled and nothing much more. 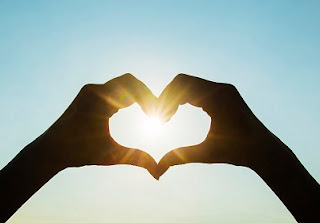 Then there’s you. Just you. All you. Everything about you. I just want to ignore all of it, everything, every single little nuance of who and what you are. You’re that button that begs to be pressed, you’re the thought that lingers after exclaiming my ignorance. You’re the disorder within my very, eloquently, decisive structure and routine.

There’s a moment, the realisation, when and where you realise that you have a tight grip upon your emotions. That sterile subconscious that’s suddenly and irrevocably level. The balance within all things. The moment of moments. The pacification of a lifetimes struggle. I’m there, been there, returned there and more. Through that, experiencing that, means you’re more than aware of your surroundings.

I mention the word surroundings, like it’s some kind of special gift, but all I see is the solitary wisps of you within my mind. I want to look away, look out into the world, but I’m becoming trapped in an unravelling travesty of indulgence and dreams.  There’s something happening and, truth be told, I don’t wish for it to stop.

Maybe I should focus, force this into the world, face and view the moments head on. I’m not one to run away, from anything, despite hiding on occasions as I wait for my thoughts to procure the needed strategy. Often, or not, it’s then too late but at least I found the way. That path. This, on the other hand, is not a path. It’s all about you and you.

Swept away, the sea defences raised so very, very high, yet nothing can stop whatever it is that we’ve started. I’ve felt and thought you next to me, upon me, around me and more. We’ve broken the envelope that holds the story to a thousand events. It’s wrong, but right. It’s dark, it’s grey, it’s whiter than white with all of the other colours about to get into this very crazy mix.

I could say one word, ten words, or even write this, but it’ll never be enough as words simply will not do. I don’t want to speak, right now, as I’m aware and I’m realising that I’m losing something of myself. The therapeutic fear of falling for another. The imaginary meditative state we can reach. It’s all there. It’s all in the moment.

I’m not sure what could happen, or will happen, if I seemingly let myself float away into this space. The unknown, the known, both at the same time, the same old same new, appearing in front of my very eyes.

I’m aware, fully, independently, soulfully aware of what’s happening around me and within. It’s a stark contrast to the calm, serenity filled existence, that I’m used to. No issues, no paths needing to be followed and no quandaries to explore. Free, fulfilled and nothing much more. This is all a make-believe moment, just in case, imagining what it would feel like to fall for someone. Ever mindful, of what might one day, actually be.