Lillith stood next to the medium sized table, admiring her work, taking in the glorious view in front of her. She’d outdone herself, again, as she always did. This would be her finest work, the vision that she’d longed for and subconsciously desired, for the longest of times. In front of her, as her fingers glided along its surface, was a man made from clay. 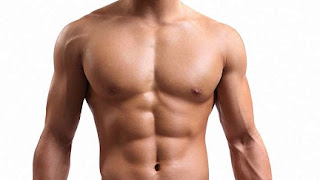 The basics, the mould, the incarnation ready to become real as well as alive. She’d thought about this day on many occasions, within those moments, especially when her friends complained about their ex, as to why, with the y and x being her final solution. She would create perfection. She would sculpt the embodiment of her desires, needs, as well as wants. She knew, more than any other person, that there was no such thing as the perfect man.

She adored a challenge, a riotous revolution of anarchy and upturned dismay. She needed that rush, the adrenaline fuelled cacophony of bodily scribed lust and affection, as well as the simplicity of having someone to talk with. She could call a hundred of her friends, each one offering and affording her their time, but that wasn’t what she required. She, above all, was a woman that needed to feel desire flowing through her veins. She wanted to feel the weight of a chiselled body pressed against her or, of course, below her. Either way would do, as she knew that she called all the shots, no matter which shooting gallery she designed or found herself.

She added another millimetre of clay, to its chest, ensuring that she did not spoil the rippled stomach. She adored this form, the strong, often silent, mildly brooding male stereotype. Smouldering, each look speaking volumes as to what he secretly wanted to do to her, but with a smile that afforded light into her weary day. She wanted it all. All of it. Every single scrap of that best visage. No exceptions.

He had to be wise, courteous, but not so wise that he needed to inform people around him. He would and could tone that side of himself into a quieter setting. He’d be gentle, kind, until she wanted… needed, him to be so disgustingly masculine that her womanly aura quaked at the thought of him having her over and over again. He had to give that spell, spoken, expressed, presented and prescribed upon ever inch of her body.

She smiled, a coy, little, naughty smile. Then, looking at the clay that formed his head, she realised that men often retained a percentage of their intellect down below. She turned her attention to the single, last, solitary, remaining aspect of her creation. How big, how small, which shape, which length, which and what and where and how. This was important. This was critical. Too big, would be too much. Too small, might evoke ideals of feeling sorry for ‘it’. The middle ground, but with that little bit extra. She dipped her hand into the bucket of clay, moulding, shaping, creating her ideal size and appreciation. She slapped the newly created form between his legs, as she let out a small little shriek of fun. Perfect.

She stepped back, looking at the final, finished, completed project. She glanced at her newly added item, blushing a small tiny amount, realising that ‘that’, didn’t matter as much as she’d thought. It was his words, his inclinations, his meanings, the way he held her, the moments when he kissed her, his arms holding, caressing, lifting her within the world, that meant more. Sure, of course, it was more than pleasurable, but the whole package meant more than that singular item. She was creating perfection and, although she’d embellished in certain areas, this was what she wanted. Needed. Even craved.

She thought about his personality, knowing that the final incantation would send the thoughts forward into her newly formed figure. She didn’t wish for him to simply give her everything. The challenge, to ‘be’ challenged, teased, the expressive way that she remembered from her past exploits would be acceptable. The conversation would be light, fun, but with his understanding, his responsible thinking, he’d actually listen to what she had to say. Heaven knew that it wasn’t difficult, yet so many had failed. She was complex, simple, a muddle of expressions and day to day drama. Her problems were humble, easy, massive yet often dismissed. She was that straightforward person, with hidden dreams and secret desires that she simply did not wish to explain or exclaim. She’d wished and wanted for someone to actually pay attention to her, enough to figure her out.

From nowhere she felt sadness enter her heart. The world, full of men, with nearly all of them taught the exact same performance and actions. It saddened her, often dismayed her. She pushed aside the feeling as she, instead, returned to concentrate on the most valid aspect of this new form. His heart. Understanding, loving, caring, receptive and loyal. She would never commit to a person or place that lied. This was her number one rule. He had to have that purity, still believing that a love could last forever, despite the very notion being something from within a naive play. He simply had to believe. She wanted to be held by his emotions, but free to roam wherever or with whomever she wished. There would be no room for narcissism within any aspect of her life.

Nearing her conclusive thoughts, she stepped back another step, to glory over every aspect of her work. Her pride threatened to rip itself from her beating heart, as she accepted the figure in front of her. This was the moment. That time. Pressing her hands together, in front of her face, she closed her eyes and said the incantation. A few seconds moved, her thoughts flowing, as her aura reached over to touch the clay figure in front of her. All her thoughts, every single desire and craving, moved through her, to him. Every aspect of balance that she could find, flowed and moved with ease.

She opened her eyes and returned her arms to her side. The clay, in front of her, slowly changed colour, as well as texture, to a beautiful shade of skin. More seconds escaped as the butterflies within her stomach, started to erratically dance. She was excited, as well as thrilled, as he moved for the first time. He opened his eyes, his head moving ever so slightly, to view her. He lifted his torso from the table, swinging his legs to the side, to stand. He stepped forward, her eyes not able to look elsewhere, as her breathing faltered ever so slightly. He was beautiful, magnificent, majestic and so many, many more words that her mind could conjure. He smiled and something within her moved. She’d never, in her whole life, witnessed a man have this impact upon her.

“Hello!” he said, with a slightly higher pitched voice than she’d like. She pointed down, wincing as she expressed her desire for something different.

“Hello!” he said again, as she accepted his huskier, deeper tone. He stepped forward once more, bridging the gap between them, leaning forward ever so slightly due to his towering height. He pressed his lips to hers, exploring, tasting, the lightly pressed lips moving across her as she raised her arms to place them over his shoulders. He felt so very, very delicious. Her mind started to spin, as the kiss grew more intense, heavy, needing more from her than she’d ideally wish to present. She didn’t really care, as he was hers. She went with the moment, as he gently placed an arm around her behind, lifting her to him, her legs wrapping around his waist.

He held her against him, strong, connective, that embracing hold that ensured nothing existed between them. His kisses found something within her, as her legs became weaker with the moving seconds, his tongue ever so slightly finding hers.  She stopped kissing him, moving her head back just enough to stare into his deep, searching eyes. She’d done it. She’d finally created what so many women needed… she’d found the perfect man.